San Antonio City Council to Vote on Resolution Asking State and Federal Lawmakers to Act on Gun Control. Good Luck With That. 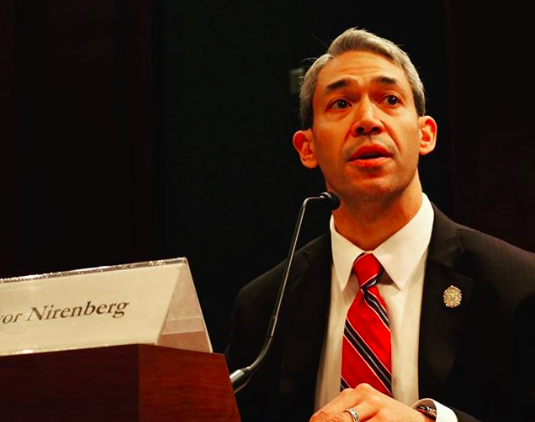 The non-binding measure — prompted by the recent El Paso mass shooting — also urges the U.S. Senate to start debate on H.R. 8 and other gun safety legislation recently approved by the U.S. House. H.R. 8 would require background checks on all gun sales.

What's more, San Antonio's council resolution calls on local officials to review policies that could improve the safety of residents.

Such resolutions by city governments are frequently adopted for symbolic reasons rather than the expectation that they'll directly force action from state and federal lawmakers.

And that seems to be the likely case here.

Abbott, a Republican who's tied his political rep to defending gun rights, announced Wednesday that he'd assembled a domestic terrorism task force in response to the El Paso shooting. However, that announcement made no mention of revisiting Texas gun laws.

Indeed, Abbott's response to other mass shootings has been to focus on issues such as mental health or school security rather than firearms. When the governor last summer convened a roundtable in response to the Santa Fe, Texas, school shooting, two of the nation’s most active gun-control groups, Moms Demand Action and March for Our Lives were notably absent from the list of invitees.

Meanwhile, Senate Majority Leader Mitch McConnell, R-Ky., has ruled out ending the body's current recess, saying the Senate will only address guns when it returns in September — after some of the national furor over El Paso and a separate Ohio mass shooting has likely faded.

Even though universal background checks enjoy the support of 90% of voters, according to a recent POLITICO/Morning Consult poll, McConnell has blocked H.R. 8's debate in the Senate since February. It passed in the Democrat-controlled House on a 240-190 vote.