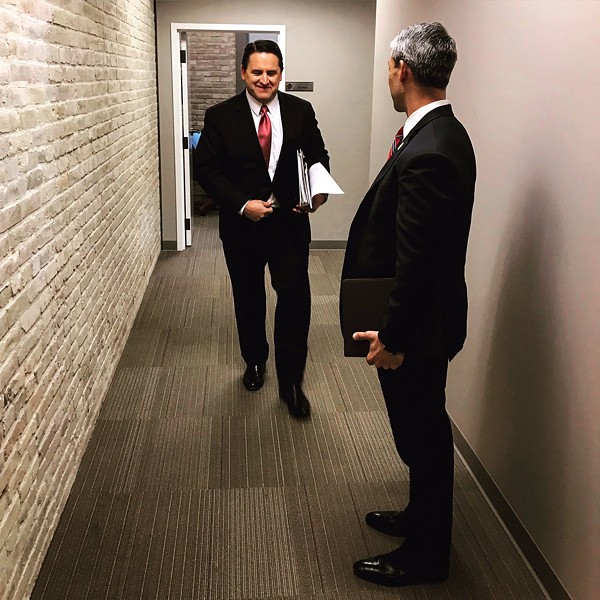 "This is a weighty moment for the city of San Antonio," Mayor Ron Nirenberg said. "We haven't done this in almost two decades."

Council members praised Walsh, a San Antonio native and internal candidate, on his leadership and steady style. Councilwoman Shirley Gonzales said she was at first reluctant to support the candidate because he didn't seem to understand the equity issues facing her West Side district. Ultimately, though, she voted in favor.

Council selected Walsh earlier this month as finalist for the position after a lightning round of interviews with eight candidates — most drawn from the ranks of San Antonio's city staff.

Sculley announced her retirement in November, shortly after voters approved a charter amendment limiting pay and tenure for future city managers. The proposition, placed on the ballot by the city's fire union, is largely viewed as a repudiation of Sculley, who pulled a hefty $475,000 salary and drew criticism for her expanding power.

Under Proposition B, Walsh can only early 10 times the lowest-salaried city employee, or $312,000. He would not be eligible for a bonus like his predecessor, and his tenure will be up in eight years.

Walsh has worked for the city for 24 years, about half of those in the city manager's office. Political observers predict Walsh will continue the path set by Sculley.