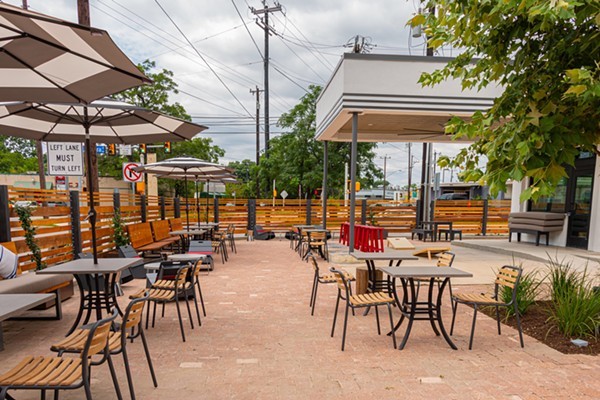 San Antonio City Council voted Thursday morning to extend the closure of bars and restaurants for 30 days while the city waits out the COVID-19 pandemic.

Restaurants can continue operating drive-throughs, making deliveries and filling take-out orders for curbside pickup, however. Other businesses affected by the order include private clubs, gyms and indoor amusement companies.

The ban would lift at midnight on Sunday, April 19.

The vote extends a closure ordered Wednesday by Mayor Ron Nirenberg under an emergency health declaration — his fourth since the start of the crisis. Simultaneous with the council meeting, Gov. Greg Abbott issued an executive order closing restaurants, schools and other gathering places, effective midnight Friday through midnight April 3.

"These are decisions that are difficult and have dramatic impact," Mayor Ron Nirenberg said, likening the city's near-shutdown to "chemotherapy" that will pay off by avoiding the worst effects of the pandemic.

San Antonio restaurateurs urged council to make decisions to close businesses a week at a time rather than vote for a 30-day ban.

"Our staff is suffering, our public is suffering," said Gary Johnson, operations director at Frontier Enterprises, which operates the Jim's restaurant chain. "We're America's table. Some of our customers come into our restaurants for three meals a day."

Frontier's business is down 70% since the start of the outbreak.

But Assistant City Manager Dr. Colleen Bridger said anything to limit human interaction will slow the spread of the disease and shorten its grip on the city.

"What we're seeing in China and Europe, who are way out ahead of us, is that this is a three-month response," Bridger said.

At present, the city is aware of 25 coronavirus cases, about half of which are still under investigation. Communities around the country are bracing for a swift increase in new cases.

While none of the San Antonio cases has so far been determined to be community spread — or a situation in which the origin of the infection is unclear — Bridger warned data from other Texas communities shows that's  inevitable.

"Right now, we don't have that, but it is coming," she added.