The fourth annual San Antonio Cocktail Conference wrapped up on Sunday, and it really wasn't a moment sooner. Not because the conference wasn't a blast, but because there's only so many days this food and nightlife writer can drink in a row.

After hydrating, eating some menudo, popping a Tylenol and gathering my thoughts on Monday, I've compiled a list of the best moments of the weekend, tiny tweaks and then some. 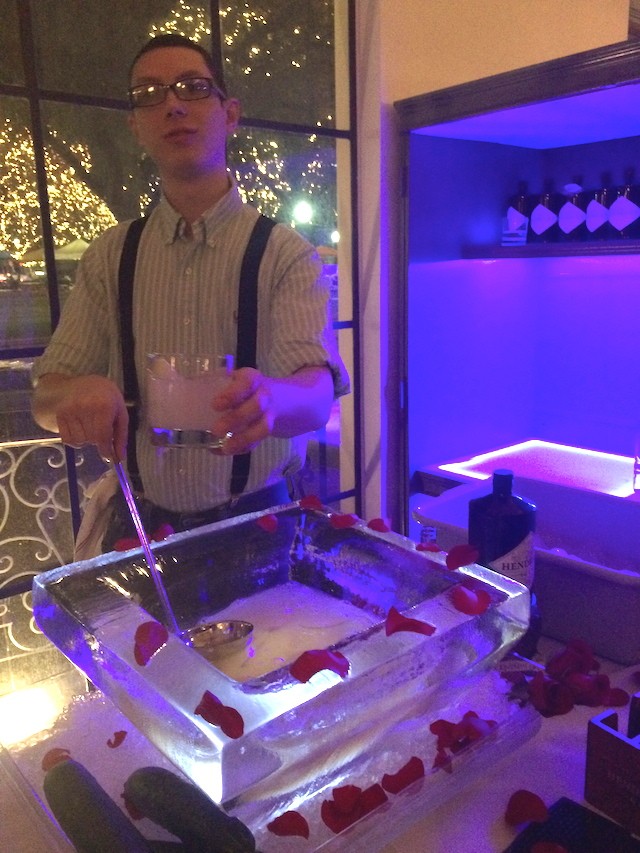 Best Bites: Pardon my use of iPhone photography. But the bites of the weekend are a bit mix and match. Thursday's lineup included a grits dish via Folc, La Condesa took me back with a fresh chicharron with a pipette filled with delish Valentina, Bee's Knees Catering filled me up with a tortilla española and The Empty Stomach's group tickled the palate with crunchy, churro-style pig's ears. The sweet treat of the evening came through the Rosso Corsa sorbet. Robbie Nowlin's mini foie gras genoise was a rich little morsel on Friday night, along with fresh-as-heck ceviche by Lüke. Stefan Bower's itty bitty profiterole filled with Pernod-cured salmon, horseradish, black olive tapenade, Gina Marie cream cheese, tumeric-pickled crosnes was a delight. Austin's Noble Sandwiches delivered a duck pastrami I can't stop thinking about. Lick's Rebecca Creek-spiked horchata was another highlight. Saturday's Stroll featured bacon-wrapped, blue cheese-glazed hot dogs from the Original Hot Dog House on Bitters (which is opening a new location off St. Mary's and Mulberry!), spicy lettuce wraps via Acenar, a savory rice soup via Hot Joy and "cocktail" tamales via La Norteña Tortilla Factory in Pecos, Texas.