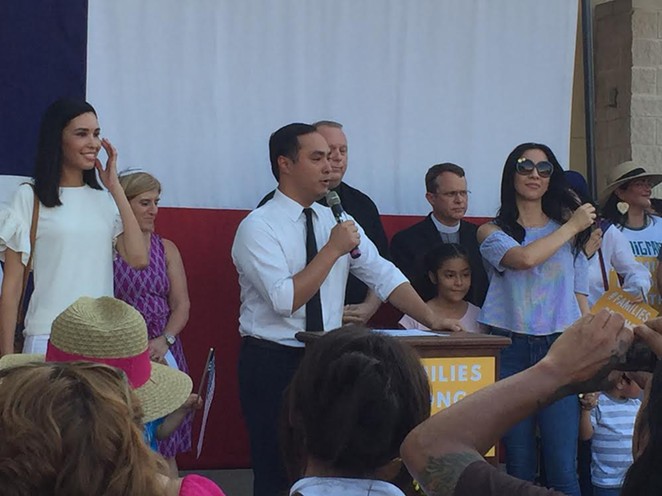 U.S. Rep. Joaquin Castro, chairman elect of the Congressional Hispanic Caucus,Guatemala called on federal lawmakers to probe the death of an 8-year-old Guatemalan migrant while in custody of U.S. Customs and Border Protection.

It is the second death of a migrant child this month in CBP custody.

"While the CBP notified Congress within 24 hours as mandated by law, we must ensure that we treat migrants and asylum-seekers with human dignity and provide the necessary medical care to anyone in the custody of the United States government," the San Antonio Democrat said in a press statement. "Congress should investigate this tragedy upon its return to session."

Earlier this month, more than a dozen members of the caucus demanded an independent investigation into the death of the 7-year-old Guatemalan girl who died earlier this month in CBP custody. The absence of medically-trained personnel and "disturbing systematic failures" prevented the child from receiving proper care, according to the caucus' statement.

In his statement, Castro said the Trump Administration’s policy of turning people away from legal ports of entry is putting families at risk. A recent Congressional oversight trip to a CBP detention facility near El Paso raised concerns about the condition of the sites and their lack of medical resources.

"Many questions remain unanswered, including how many children have died in CBP custody," Castro said. "With two deaths that we know about just in the last few weeks, Congress will continue to press the Department of Homeland Security until we get answers to all our questions."