San Antonio Cop Suspended for Putting Whataburger Before His Job 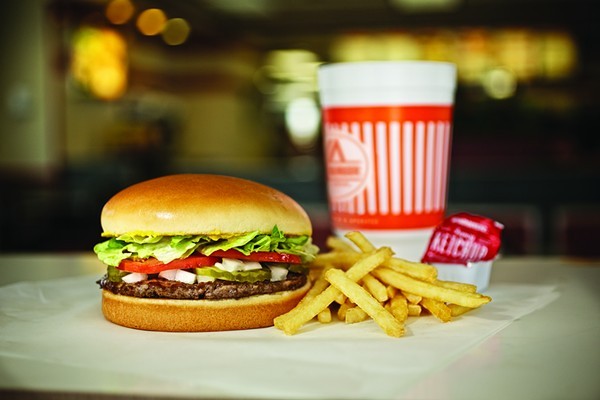 A total of nine San Antonio police officers were suspended during the month of June, according to disciplinary records recently obtained by the Current. Depending on how much you love Whataburger, SAPD Officer Gary R. Nel's suspension probably makes the most, or least, sense.

During the early morning hours of November 22, 2015, disciplinary reports show, SAPD Officer Gary R. Nel was at a Whataburger in northwest San Antonio eating when a call came in about a "very intoxicated" man who was at that very same location. While Nel was chowing down, another officer showed up at the location and told Nel he was heading outside to confront the suspect. Instead of helping out the other officer, "Nel continued to eat," suspension paperwork states.

SAPD Chief William McManus initially recommended an indefinite suspension, which means the chief wanted to fire Nel. But after Nel chose to rebut the charges, as allowed under the police union's collective bargaining agreement, he received a 30-day suspension without pay. Nel was cited for violating police rules that govern co-worker relationships and for not providing support in a time of danger.

This isn't the first time Nel's been in trouble at the department. Nel was suspended for 40 days last May for calling another police officer, who was off-duty, a "fucking idiot" after he pulled the man over for speeding in September 2015, according to KSAT. He also threatened to "beat the fuck out of" the officer he pulled over if he got suspended for not arresting the man. Nel instead issued citations to the officer, who he initially was going to arrest for reckless driving.