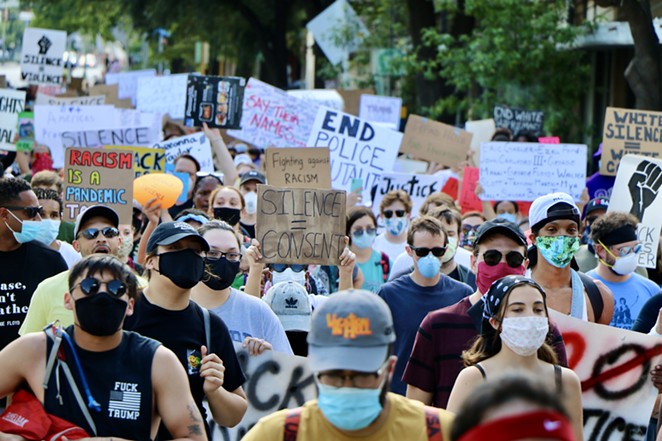 The new budget includes $8 million in additional police funding in addition to spending increases for housing assistance and public health. SAPD's funding will rise to $487 million for the 2020-21 fiscal year, chiefly due to a scheduled 5% pay increase for officers.

Police accountability activists had urged Mayor Ron Nirenberg and council to divert money from SAPD and into social services and violence prevention programs. Those demands were spurred on amid the nationwide protests that followed the killing of George Floyd by Minneapolis police.

During the Thursday's meeting, roughly two dozen people called on council to slash police funding. Several cited Tuesday's shooting death of Black man Darrell Zemault Sr. by SAPD officers while they served him with an arrest warrant as evidence the department needs a major overhaul.

City Manager Erik Walsh has proposed an in-depth review of SAPD's funding and the functions it currently handles. However, activists have expressed frustration that the analysis won't be complete until spring of 2021.