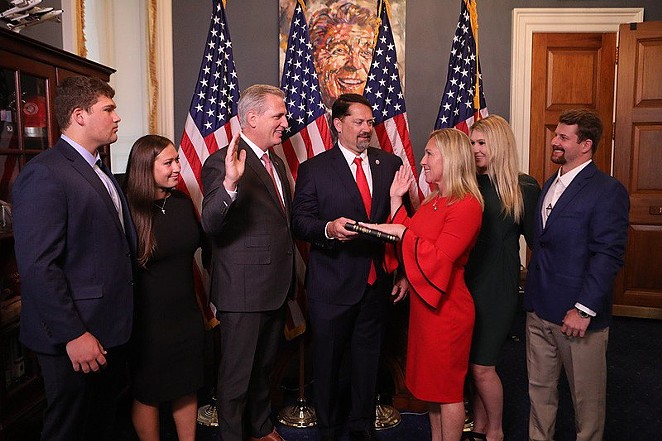 Well, that pretty much went as expected.

San Antonio's congressional delegation split along party lines in the vote whether to strip U.S. Rep. Marjorie Taylor Greene, R-Georgia, of her committee positions for advocating the executions of Democratic lawmakers and spreading racist and anti-Semitic conspiracy theories.

Ultimately, the House voted 230 to 199 on Thursday evening to strip Greene of her committee assignments with just 11 Republicans joining the Dems. Not a single Texas Republican broke ranks.

Democrats called for the vote after revelations that the freshman lawmaker had spread the same kind of inflammatory conspiracy theories that sparked the deadly January 6 insurrection at the U.S. Capitol.

In addition to spreading false claims propagated by QAnon conspiracy theorists, Greene has:
But, apparently, that's not enough to warrant a rebuke from Gonzales or Roy.