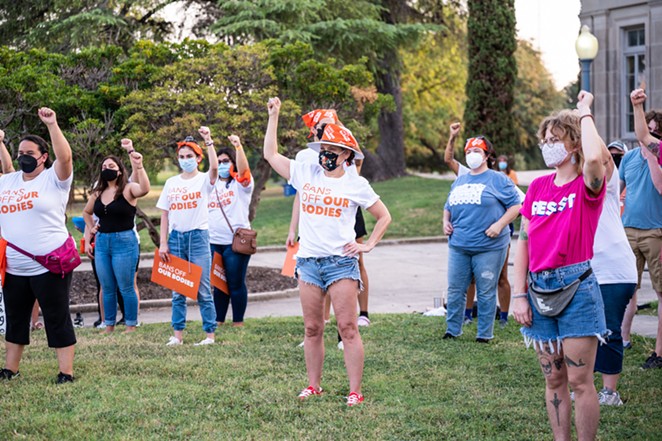 Over the weekend, a San Antonio doctor revealed in the Washington Post that he'd performed an abortion considered illegal under the state’s restrictive new law to force a court test of its constitutionality.

"I understand that by providing an abortion beyond the new legal limit, I am taking a personal risk, but it’s something I believe in strongly," OB/GYN Dr. Alan Braid wrote in a Saturday op-ed in the paper. He added that his clinics are represented by the Center for Reproductive Rights in a federal lawsuit to stop the law, Senate Bill 8.

"I have daughters, granddaughters and nieces," he added. "I believe abortion is an essential part of health care. I have spent the past 50 years treating and helping patients. I can’t just sit back and watch us return to 1972."

In the op-ed, Braid said he'd performed a first-trimester abortion on September 6, less than a week after the new law went into effect.

The law makes abortions illegal after six weeks of pregnancy and offers no exceptions in cases of rape or incest. It also incentivizes private citizens to bring civil lawsuits against anyone they claim has helped a woman obtain an abortion that violates state rules.

Braid's public announcement adds a new wrinkle to the legal fight unfolding over the Texas law. It went into effect September 1 after the conservative-dominated U.S. Supreme Court declined to block it.

The U.S. Justice Department subsequently sued Texas in federal court in Austin, saying the law is an unconstitutional end run around Roe V. Wade. The feds have also asked the judge to immediately block its enforcement.