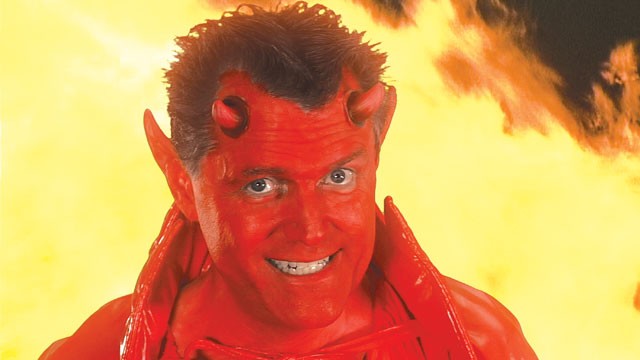 For the first time in its 17-year history, the San Antonio Film Festival will offer screenings in six different locations. It’s an 11-day festival with more to offer than ever, but — for reasons I will put forth in my next El Cine column — I was only able to obtain a few screeners ahead of time.

No matter: These are movies you should check out:

Wife in Shining Armor, a 15-minute short directed by San Antonian Rogelio Salinas III, abuses slow-motion and could’ve used some silence instead of an ever-present soundtrack. Yet, the movie looks great, which is remarkable considering Salinas only used natural light. Rachel Salinas (the real wife of Rogelio, who also co-stars) is perfect as the supermom who saves the day.

“I thought that it would be fun to create a short that would take the audience on an emotional roller coaster by starting off as a dialogue-driven comedy, which becomes a suspenseful thriller that transforms into an exciting action comedy,” Rogelio Salinas told the Current. “Also, where else are you going to see a martial-arts warrior who is also eight and a half months pregnant?” The movie will be shown June 24 at the Instituto de México’s Auditorium (see box).

Jon Cooksey’s environmental doc How To Boil A Frog (free screening during a 2-5pm block of time Sunday, June 19, at the Central Library, 600 Soledad) has the usual Michael Moore/Morgan Spurlock approach: it tries to be funny about serious subjects. But Cooksey’s approach is closer to that famous George Carlin line: “The planet is fine. It’s the people that are fucked.”

“There’s been a whole raft of docs about this or that problem (environment, energy, economics, sociopathic CEO’s, etc.), and the general tone seems to be that you should go jump off a bridge afterward,” Cooksey, an American living in Canada, told the Current via email. “So I thought it was time for something that was funny and had a whole bunch of solutions that would make our lives more fun and more meaningful, get us some new friends, and maybe get us into a bit of trouble-making to get our situation back on track.”

One of the strongest features is Rolla Selbak’s Three Veils, which follows the lives of three Muslim women in America.

“[Three Veils] deals with women’s issues with a focus on the struggle of a lesbian Muslim, something that hasn’t been tackled in this daring of a way before,” producer Ahmad Zahra told the Current. The movie will screen on Sunday, June 26, at the Instituto Cultural de México’s Orozco Gallery (2-5pm).

Go to safilm.com and for the detailed schedule — this may not be Cannes, but there’s plenty of interesting stuff to watch. •

The San Antonio Film Festival will take place June 16-26 at the Instituto Cultural de México (600 Hemisfair Park), Central Library (600 Soledad), the San Antonio Museum of Art (200 W Jones), The Park at Pearl (200 E Grayson), Main Plaza (115 Main), and The Friendly Spot (943 S Alamo). Eleven-day tickets sell for $75 plus fee, while day-screening passes start at $10. Both can be purchased at eventbrite.com or at each of the screenings.

Music Clearance & Licensing Workshop for Film & TV, hosted by Dominique Preyer, who has 43 music supervisor credits in his resume)

Besides the high school films shown at Slab Cinema days (see Calendar on page 19), these are some of the films directed by local filmmakers that will be shown at the SA Film Festival. For a complete and detailed listing, go to safilm.com.