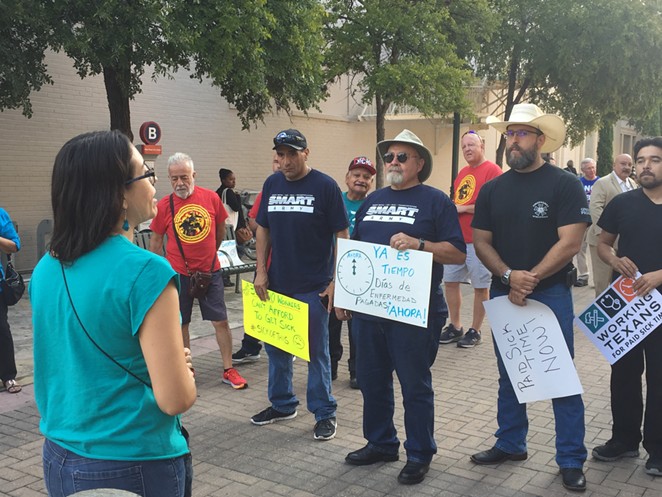 On Wednesday, San Antonio residents have one last opportunity to speak up on proposed revisions to the city’s paid sick leave ordinance.

The city will hold its second and final public input meeting on the changes at 6 p.m. at El Progreso Hall, 1306 Guadalupe St. Council is expected to vote next week whether to approve them.

Residents can also weigh in via an online poll.

The suggested revisions to the ordinance came after a review by a 13-member panel of business groups, progressive activists and labor attorneys. The city assembled the panel after business interests sued to stop the ordinance, originally scheduled to go into effect August 1.

The city's move was intended to gain buy-in from the business community and make the ordinance more likely to weather future legal challenges.

The proposed rule changes include:
More than one in three San Antonio workers don't have paid sick leave, according to a study by the Institute for Women's Policy Research, which used U.S. Census data.