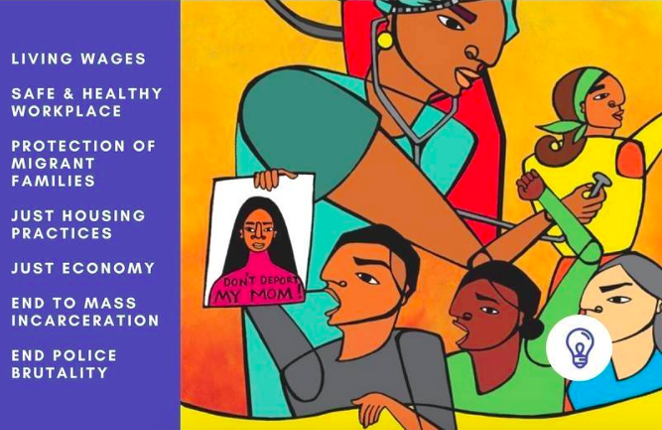 San Antonio laborers have no shortage of reasons to protest this May Day. With legislation at state and national levels that could hamper women's health care coverage or discourage undocumented workers from reporting crimes, local labor unions have been forced to expand their International Worker's Day rally this year to include new, overlapping issues.

"We're seeing that a lot of these bills in the legislature are effecting the same people: Workers," said Diana Lopez, Director of the Southwest Workers Union. "So we're blending them all together today."

Lopez joins a handful of other unions hosting Monday's May Day rally and march in San Antonio. The event will begin in Milam Park at 3 p.m., where representatives from Unite Here, SEIU, Whole Women's Health, Planned Parenthood, and other pro-worker organizations will help educate attendees on worker's rights.

"We're hoping to create something that will go beyond May 1st," Lopez said.

According to the event's Facebook page, the rally will transition into a march around 6 p.m. Lopez said the march will stop by City Hall and the police headquarters, where locals who've been directly affected by immigrant raids or police brutality will speak.

"It's time we tell the story through our own lens," Lopez said.