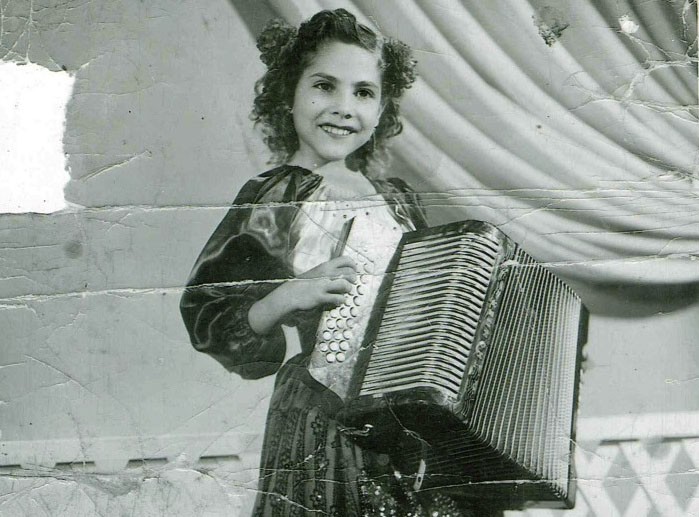 Blown away. That's how Joel Settles remembers feeling after seeing Eva Ybarra perform in October of 2012. At that time, Settles was working as theater arts director at SAY Sí and had booked Ybarra to perform at the nonprofit's annual Muertitos Fest. After the show, Settles pitched a music video concept to Ybarra, who upped the ante by asking: "Why don't you make a movie about my life?"

In a series of meetings that followed, the pair dove into an oral history project covering the highs and lows of Ybarra's career, which has included multiple record deals, festival appearances, a teaching gig at the University of Washington and performances that run the gamut from early gigs in Texas dance halls to a New York Times-covered collaboration with the progressive string quartet Ethel in 2008.

Although a biopic is still on the table, the duo's endeavor is first taking shape in La Reina del Acordeón — a stage production exploring Ybarra's successes and setbacks via theatrical vignettes, film clips and musical interludes performed by none other than Eva Ybarra y Su Conjunto. Last week, Settles and Ybarra spoke to the San Antonio Current in advance of the show's debut at the Guadalupe Theater.

Can you give us a brief history of how you started?

EY: I started at age four ... at six I was playing professionally. I asked my mom to play the radio [and] that's how I learned — no instructors, no nothing. And then my mom got me piano lessons and I learned to read [music] because of her. But my teacher told me the accordion was my key. My mom got mad. She'd be like, "Don't tell her to play accordion!"

What are some of the key themes in this project?

JS: Being a female in a male-dominated industry ... purpose and identity. Music is Eva's identity and performing it is her purpose. Being female or male wasn't something she was necessarily concerned about; it was just what she was born to do. She's had a lot of challenges and struggles in life.

EY: There's a lot of guys that wanted to stop me ... but I never stopped or gave up. That's my saying: "I'm never going to give up." They say ladies are not capable of playing a man's instrument. They think all instruments belong to men, and that's not right ... I get better when they tell me I'm no good — I practice more [and] it makes me stronger.

How would you describe your original songs?

EY: My songs are not "all the way" conjunto. It's progressive conjunto.

What is day-to-day life like for La Reina del Acordeón?

EY: Age is for living, not for counting.