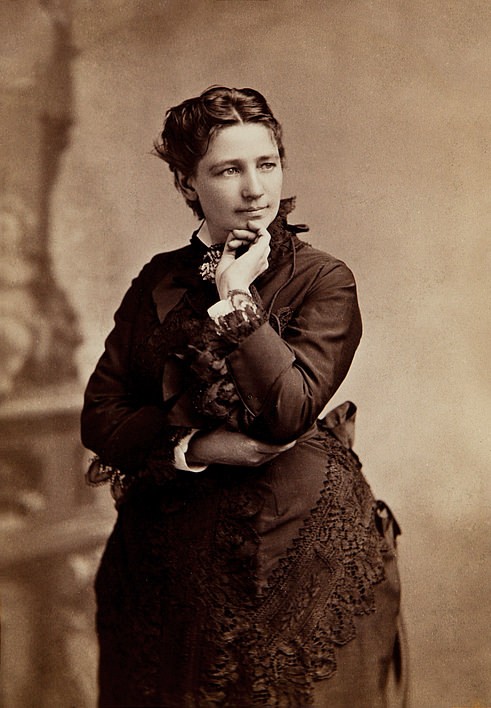 More than a century before Hillary Clinton got demonized by Trump and his “basket of deplorables,” eccentric suffragette and presidential hopeful Victoria Woodhull was grappling with a sinister nickname: “Mrs. Satan.”

Born in rural Ohio in 1938, she and her nine siblings experienced rough upbringings at the hands of an illiterate mother who reportedly “cursed until she foamed” and a con-man father characterized as both “a one-eyed snake oil salesman” and “one-man crime spree.” After working as a child fortune-teller alongside her sister Tennessee “Tennie” Claflin, she married alcoholic, womanizing medicine salesman Canning Woodhull at the age of 15. Two children and 11 years later, she divorced him but kept his name after marrying Civil War veteran James Blood. Allegedly inspired by an apparition of ancient Greek orator Demosthenes, Woodhull moved to New York with her sister and husband and struck up a friendship with shipping and railroad magnate Cornelius Vanderbilt, who was taken by her abilities as a clairvoyant and medium. 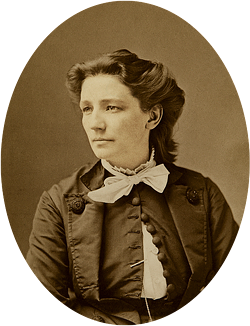 female-owned brokerage firm — Woodhull, Claflin & Company — in 1870. Applauded by the likes of Susan B. Anthony and referenced in headlines such as “Petticoats Among the Bovine and Ursine Animals,” the sisters cashed in by catering to female clients, even maintaining a “women-only” room in their offices. That same year, they made history again by launching the nation’s first newspaper owned and published by women. Progressive and controversial, their Woodhull & Claffin’s Weekly championed women’s rights, spiritualism, Marxism, vegetarianism, labor reform, legalized prostitution and “free love” — a concept both Woodhull and Blood espoused. A far cry from 1960s-era Haight-Ashbury and the Summer of Love, the 19th-century vision of free love was something Woodhull summed up as “an inalienable, constitutional and natural right to love whom I may, to love as long or as short a period as I can, to change that love every day, if I please.”

In 1871, Woodhull became the first woman to address a congressional committee, arguing to the House Judiciary Committee that the 14th and 15th amendments gave women the right to vote. One year later (and five decades before women were granted the right), she won the presidential nomination from the Equal Rights Party, a nascent group she helped organize with support from the National Woman Suffrage Association. Running against Republican incumbent Ulysses S. Grant and Democratic New-York Tribune founder Horace Greeley, Woodhull selected former slave and abolitionist Frederick Douglass as her running mate, although he never acknowledged the nomination and instead campaigned for Grant.

Unsurprisingly, her presidential campaign was mired in scandal. Harper’s Weekly ran a full-page illustration depicting her as “Mrs. Satan,” complete with horns, wings and a sign reading “Be Saved by Free Love.” Other media outlets pegged her as a “brazen, snaky adventuress” threatening the nation’s morality or claimed she was a prostitute, based on her outspoken support for sex workers. Most importantly, a story Woodhull & Claffin’s Weekly published accusing revered minister Henry Ward Beecher (brother of Uncle Tom’s Cabin author Harriet Beecher Stowe) of having an affair with a married parishioner landed Woodhull, Claffin and Blood in jail on obscenity charges. In addition to being incarcerated on Election Day, Woddhull’s name was removed from many ballots, casting a shadow of doubt on the number of votes she received.

Saga of Victoria C. Woodhull and the campy 1980 musical Onward Victoria, Woodull’s fascinating life comes to light through an upcoming presentation led by former librarian Ramona Lucius. “I’ve been studying The Woodhull, as her more polite detractors called her, since 1980, when I first heard about her in a history class in college, and it’s always annoyed me that history books ignore her,” Lucius told the Current via email. “Her story also has a lot to say about ourselves, because to this day, as in her own day, for those who know about her, she’s either reviled or put on a pedestal. We’ll never know the truth about her because people of our time as well as hers view her through a cloud of emotion. So that’s why I’ve prepared this presentation.”

Hosted by Igo Library, Lucius’ talk also includes a PowerPoint presentation featuring period photographs of Woodhull and some of the key players in her life.