San Antonio Man Indicted for the Murder of Four Women 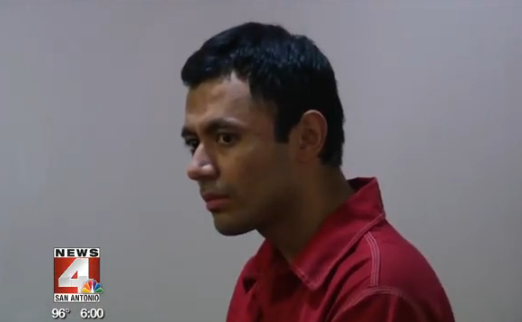 A 29-year-old man has been accused of murdering and sexually assaulting four San Antonio women.


A Bexar County Grand Jury indicted Johnny Avalos on charges of murder and sexual assault for the deaths of Natalie Chavez, 15, Rosemary Perez, 28, Celia Lopez, 29, and Genevieve Ramirez, 46. In Chavez’ case, Avalos is charged with sexual assault of a minor. The alleged murders all took place between Dec. 2014 and April 2015, according to the county’s press release.


The four women were found in separate locations across the county, all partially nude. Court documents show that three of the woman died from asphyxiation — either with a plastic bag or Avalos’ arm — but that Lopez’ body was too decomposed to know exactly how she died. Avalos told officers that he had exchanged money for sex with a few of his victims, and explained his motives to a fellow inmate: “Prostitutes who get raped do not call police to report it.”


According to the county, the state is seeking to sentence Avalos to death. District Attorney Nico LaHood has also indicated he’d want to use the death penalty in the case, despite opposition from the victims’ families.