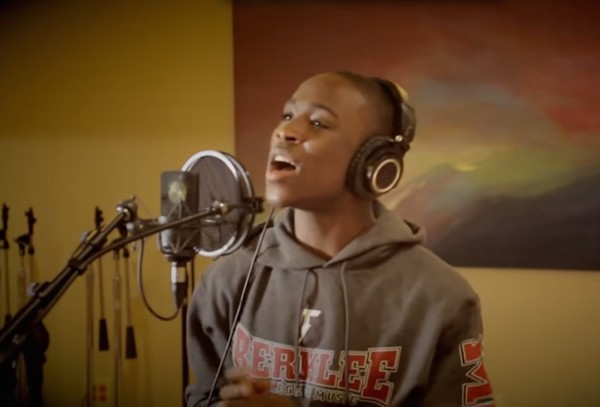 Mayor Ivy Taylor has released a statement regarding her stepson's arrest.

“Aaron has made a mistake and this is something that we will work through as a family. We ask that you respect Aaron’s privacy.”

Naturally, major Alamo City news outlets jumped at the chance to write about the mayor's kid allegedly smoking some pot.

We obtained the police report, and from what we can tell, he was in a car with a girl when someone reported a suspicious male sitting in a car to police.

The police report says the pair was apologetic, and the girl was released to family. Police also found a pipe and a marijuana grinder inside the car, according to the report.

So there you have it. Aaron Marshall Taylor is just one of likely thousands of other San Antonio teenagers who get busted on small-time possession charges each year.

Hopefully, this doesn't interfere with his prestigious full-ride scholarship to the Berklee College of Music in Boston. The San Antonio Express-News first reported the scholarship after seeing Aaron Marshall Taylor post about it on Facebook.

Anyway, the reason the mayor's stepson is being splashed across the daily and the TV networks is because of a news value called prominence. If someone is prominent, media will write about them or anyone related to them if they are arrested, seemingly, no matter how minor the crime.

Since Aaron Marshall Taylor now has a charge to deal with and all of his friends and family are likely seeing his mugshot splashed across their television sets, take a second and watch the pipes on this kid.

At least he can get a few YouTube hits out of this.