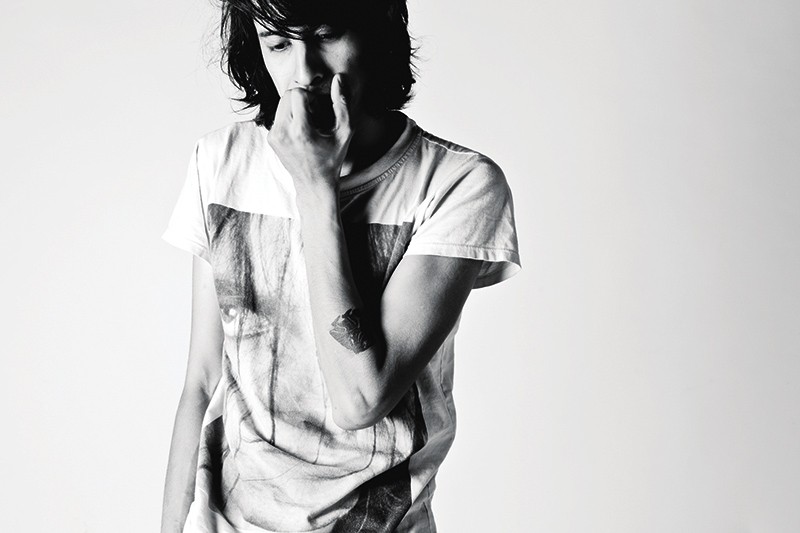 Speaking with him in the bowels of Paper Tiger, Ellis Redon is one of those wiry, strong-featured dudes who manages to be both nervous and confident in conversation. With the material on his debut record Into the Jungle, Redon should veer toward self-assurance. Released in March, his Casio effort is disarmingly simple, with keyboard textures and marching drum machines paving a scenic route for Redon's hushed admissions.

Born in the Valley as Joel Turrubiates, the songwriter united two of his favorite names for his nom de plume. "I've always liked the name Ellis, it's really country," Redon told the San Antonio Current. "Redon, I took that from 19th century French painter Odilon Redon. I stole his name 'cause I really like him a lot ... It's a way to express myself in a different mode, as a different persona."

In spirit, Redon's work pulls an essence from his Symbolist namesake. Active in the Fin de siècle, Odilon Redon created warped portraits of the emotionally naked, in soft colors of paint and pastel. Flip the calendar a hundred-and-some years and Ellis Redon gives his music the same treatment, working only with a '90s Casio keyboard (in concert, he plays with a live band). In a time when musicians can spend thousands finding a tone that speaks to them, talent can reveal itself on a budget.

While we're on the topic of visual art, the cover of Into the Jungle—a dark, grainy landscape invaded by a blue neon ape — marks the only instance I've ever heard of a landlord aiding, not blocking an art project.

Though Redon has "a whole record of new stuff" written, he's sitting on the Jungle material for a few months. That time is a gift for San Antonio audiences looking for a bandleader reveling in dark, reverb-swallowed territory.