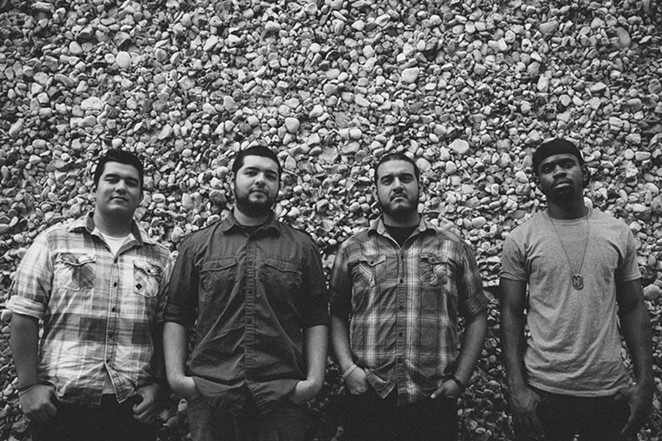 Defy the status quo with the loud melodies of the Alt Stage at The Amp Room for the San Antonio Music Awards.

Prepare to belt to rhythmic guitars of Year of the Snake starting off at 10 p.m. If you haven’t warmed up from previous stages on the St. Mary's strip, this one is sure to get you amped up. Their self-titled song, “Year of the Snake,” echoes back to the cusp of the '80s/'90s heyday of the genre. With long, slow build ups of instrumentals followed by haunting vocals, each of their songs is sure to get you hooked.

Following them to the stage at 11 p.m. is the irrationally motivated band, The Sky Divided. With a full sound and an arsenal of hard hitting lyrics they’re sure to make you wish you could listen for more. “Where We Begin,” is a hopscotch pulse that will electrify your being from the moment they begin to sing until the last note is played. Whereas “This Is Not the End,” is all you want from them and I assure you, it’s not. The song has everything packed solid: timing, vocals, music.

At the stroke of midnight you’ll get that second wind to keep your night pumping when Black Rose Garden hits the stage with their intensity. Take out your protective ear plugs and let the music rush to your brain as they play out the coming of the new day.

Rounding up the evening or rather welcoming the morning at 1 a.m. is Heaven’s Rose or the all appropriate let’s sweeten the deal with a tall order of hard hitting ballads mixed even harder hitting music. This will leave you confused whether to sleep or to scream your lungs out.