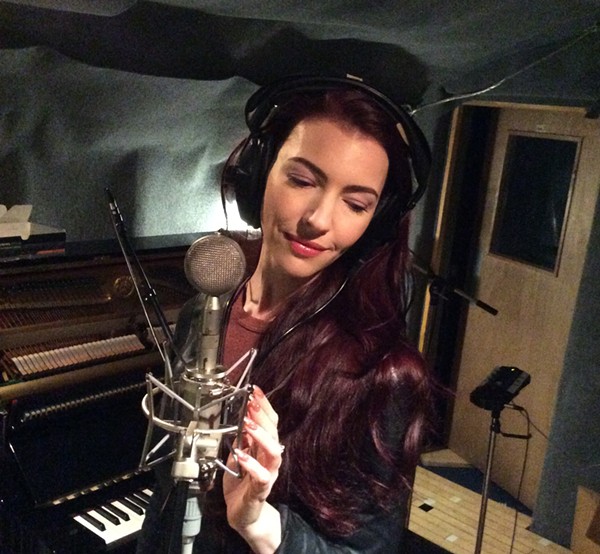 A native of San Antonio, Chrysta Bell (pronounced and often stylized as one word, "ChrystaBell") has been hard at work creating the follow up to This Train, her 2011 collaboration with avant-garde auteur David Lynch. You may recognize her as the striking performer with the brilliant red hair and silk-smooth vocals who played last year's Luminaria, despite the challenging weather.

Produced by John Parish, who has worked with such luminaries as Tracy Chapman, Eels, Sparklehorse, Perfume Genius and PJ Harvey, whose Parish-produced The Hope Six Demolition Project recently reached number one on the UK's Official Charts, the album also features San Antonian Chris Smart, a local legend in his own right.

The duo, along with Parish and a surprise pop in from highly-acclaimed, world-renowned producer Flood, recorded Chrysta Bell's follow-up to the ambient sensuality of This Train at Toybox Studios in Bristol, UK, Parish's home.

In a recent conversation with Smart, who will be DJing Paper Tiger's May the Fourth Be With You party, the multi-instrumentalist recalled staying in a flat next door to the studio and walking one door over to work with Hammond, as well as Yes, Asia and the Buggles alum Geoff Downes, who played Hammond organ on the record.

Chrysta Bell, though relatively obscure in the States, is widely-regarded as a brilliant, captivating musician on the European continent, as are many artists that prefer the treatment and reverence Europe bestows upon those it considers worthy of their admiration; artists whose skills and talent often gets overlooked in the U.S.' youth-obsessed, media-driven music culture. 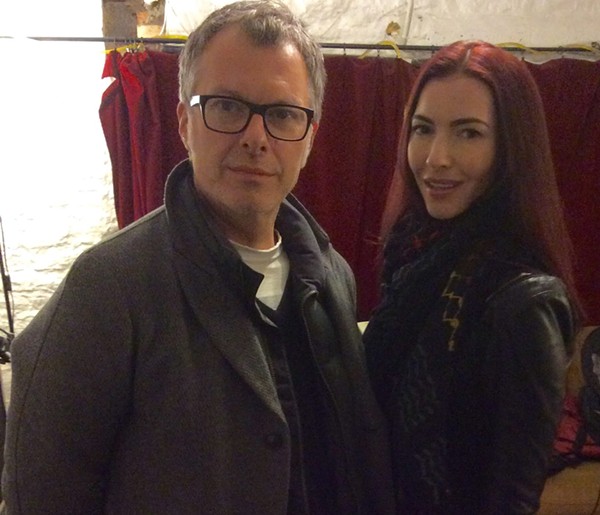 The highly-anticipated reboot of Twin Peaks, generally considered Lynch's televised magnum opus, is currently in post-production and scheduled to air in the first-half of 2017 on Showtime. The role of the sultry chanteuse, an Alamo Heights grad, is not currently known. However, Lynch is no slouch when it comes to casting sensuous sirens and if Chrysta Bell's talents are any indication of her character, she may soon be taking her place alongside past Lynchian muses Isabella Rossellini, Laura Dern, Naomi Watts and fellow San Antonian Lara Flynn Boyle. 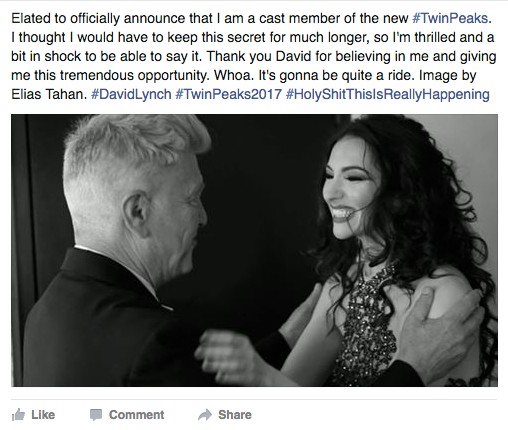 Until the release of the series, as well as Chrysta Bell's as-yet-untitled full-length LP, the singer will be releasing a five-song EP with rarities and outtakes from the This Train sessions, along with other unreleased tunes collaborated on with Lynch.