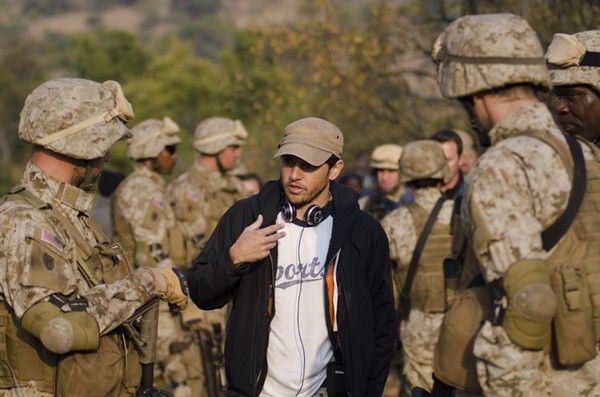 At the age of 17, Jabbar Raisani had already made up his mind about what he wanted to do for the rest of his life. There was no doubt about it. He wanted to work on the visual effects in big Hollywood movies. It was an ambitious idea, but what 9-year-old kid watched Terminator 2: Judgment Day in 1991 and didn’t want to know how the T-1000 shape shifted into liquid metal? Raisani did, but he didn’t just want to know. He wanted to make that same movie magic himself.

During his last two years of high school at Sandra Day O’Connor (his first two were at Marshall High School), Raisani was part of an independent study mentorship program where he was given the opportunity to be a mentee at the San Antonio-based visual effects company GeoMedia. After graduating from O’Connor in 2000, Raisani attended Trinity University and majored in computer science. As an undergraduate, he was hired by San Antonio-based Atomic Pictures, a visual effects and 3D animation company, where he worked until graduating from college in 2004 and moving to Los Angeles to pursue bigger goals in the industry.

Over the last decade, Raisani has made a name for himself at a number of production companies, including the Stan Winston Studio where he worked as the CG supervisor on films such as Iron Man and Fantastic Four. He later moved back to Texas and teamed up with Robert Rodriguez at his Austin-based Troublemaker Studios where he was the on-set VFX supervisor for two action movies, Machete and Predators. Three years later, Raisani returned to L.A. where he found himself supervising the digital modeling of Superman’s live-action suit in the 2013 superhero movie Man of Steel. That same year, Raisani won an Emmy for his VFX supervision on the hit HBO series Game of Thrones.

In his latest venture, Raisani makes his directorial debut with Alien Outpost, a sci-fi action film that follows a documentary crew embedded in a military unit during the wake of an alien invasion. Along with his role as director, Raisani also co-wrote the screenplay.

During an interview with the Current, Raisani discussed the moment he knew he wanted to direct a film, the intimidating interview he had at Stan Winston Studios, and the highlight of his career so far, which involves the wearing of a superhero costume.

Alien Outpost makes its San Antonio premiere Friday, February  13 at 8 p.m. at the Alamo Drafthouse Westlakes. Raisani will be in attendance for a Q&A session after the screening.


After working for GeoMedia in high school and Atomic Pictures during college, you moved to Los Angeles right after you graduated from Trinity University in 2004. Was that just the natural next step for someone like you who wanted a career in visual effects?

Yeah, unfortunately there’s not that much film work in Texas, particularly in San Antonio. I was lucky enough to work on Spy Kids 3 while I was still there in Texas. I really wanted to work on more films, so the best way to do that was to move.

The first job you landed in L.A. was with Stan Winston Studio. How difficult was it to get into a company founded by one of the most iconic special effects and make-up effects people in the business?

It’s really tough. I had a portfolio/demo reel that I got out to companies and was lucky enough to get an interview there. They had the most intimidating conference room I had ever been in. I went in and at the conference room table I was surrounded by all the creatures from every movie they did. They had the queen alien from Alien, the dinosaurs from Jurassic Park, Edward Scissorhands, the Terminator. All those things were just staring at me during my interview. Luckily, it went well and they brought me on.