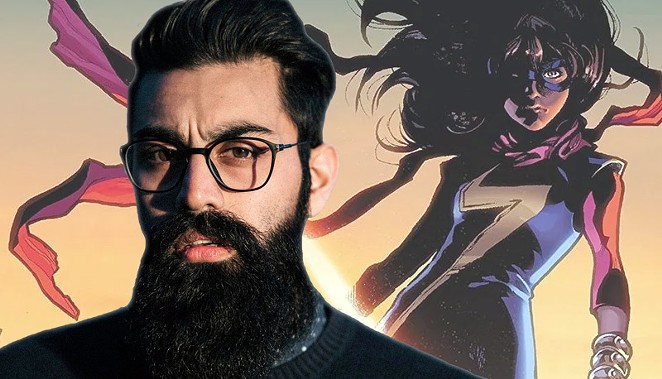 The local connection to the Marvel Cinematic Universe got stronger this week when it was announced that San Antonio native and Los Angeles-based actor Saagar Shaikh was cast in the upcoming series Ms. Marvel for Disney+.

Kamala Khan is a 16-year-old Pakistani American girl from Jersey City, New Jersey, who becomes Ms. Marvel. She is an avid gamer and writes fan fiction about superheroes, specifically Captain Marvel. Her superpower is shapeshifting.

While other characters have used the moniker Ms. Marvel before, Kamala took over the title in 2014 and became Marvel’s first-ever Muslim character featured in her own comic book.

Disney announced the series, along with over 100 other projects, on Thursday (December 10) at their Investor Day. On Friday, Shaikh called the role his “dream job” on Twitter.

i got my dream job alhumdulillah. coming to Disney+ in 2021 pic.twitter.com/GK1LKtOZPq

Shaikh, 34, who is Pakistani-American, is a graduate of Marshall High School. He earned his degree in business management at the University of Texas at San Antonio. Shaikh moved to Los Angeles circa 2012 to pursue his dream to become an actor. His credits include several short films and the web series Unfair & Ugly.

We’re not sure how closely the new series will follow the comics, but at one point in the Ms. Marvel books, Amir gains the power to create force fields and shockwaves. Forget Loki, Quicksilver and the Human Torch. Shaikh’s Amir Khan is the superhero sibling we want in our lives right now.

Ms. Marvel is scheduled to premiere on Disney+ in late 2021.