San Antonio Police Will Focus on People, Not Neighborhoods, in 2017 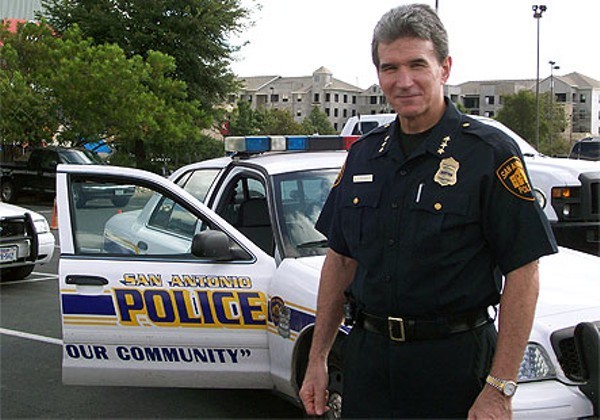 Instead of simply targeting high-crime neighborhoods, the San Antonio Police Department will spend 2017 specifically focusing on individuals who commit crimes, according to SAPD Chief William McManus.

In a Wednesday press conference, McManus shared his department's tactics for the coming year — leaving many unanswered questions.

"If we are able to arrest the right individuals, it helps us keep a lid on the violence, more so than just staying in the area and pounding and pounding through saturation,” McManus told reporters. He's referring to the Eastside Initiative, his 2016 plan to increase policing in high-crime areas, like the Eastside, to deter violent crime.

Despite his officers' work on the Eastside (specifically in the New Braunfels corridor, department officials said Wednesday), which resulted in some 300 felony arrests in 2016, violent crime numbers have still gone up, McManus said. According to SAPD data, the number of murders in San Antonio rose dramatically last year — from 94 in 2015 to 151 in 2016. McManus has said "there are no fact-based reasons" that can explain what has caused this spike in murders.

McManus didn't explain what SAPD officers will do differently now to prioritize individual criminals in the coming year. However, he did say the department's existing units — like vice and narcotics —  will implement this new way of policing, working (as they always have) with county, state and federal agencies. Basically, something will change in the way officers patrol high-crime parts of town, McManus promised.

"We don’t want to over-police," he said. "We have our intelligence unit detectives talking about who we need to target — people, not areas.”