San Antonio ranks No. 10 in the nation for women out-earning their husbands

San Antonio ranks 10th among large U.S. metros in the percentage of women who earn more than their husbands, according to a new study.

Research issued this week by Self Financial shows that 32.2% of women in the San Antonio-New Braunfels area make more money than their husbands. SA-area women who earned more than their spouses had median annual incomes of $60,000. Those couples also had a median pay ratio of 65.9%.


Nationwide, only 29.6% of women out-earned their husbands as of 2019, according to the analysis, which was based on Bureau of Labor Statistics numbers. However, that's up from 15.9% in 1981.

The study also shows that female breadwinners are more common in Northeastern states. Even so, the top-ranked metro in the report is in the South: Tampa-St. Petersburg-Clearwater, Florida. 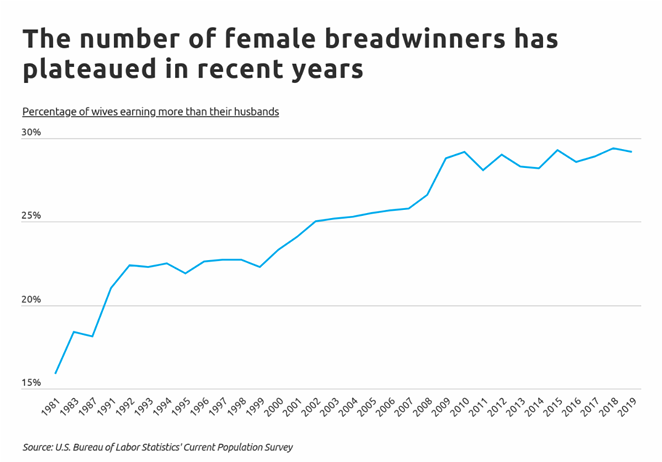