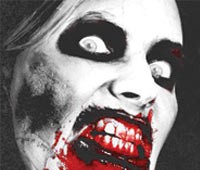 
Hard to imagine, we know, but starting Thursday, a certain stretch of Austin Highway will be as close as you can get to Jamaica without hopping a plane to Kingston. Unique vendors (including booths selling clothing, accessories, and authentic Jamaican food) and a top-notch lineup of touring and local bands will enlighten guests about Rastafarian music and culture. The two-acre concert grounds behind the Reggae Bar (one of our favorite spots to sneak an afternoon Red Stripe) spring to life with Jamaica’s Capleton (nèe Clifton George Bailey III, but aka King Shango, King David, The Fireman, and The Prophet), and the Jah Prophecy Band, on tour in support of 2010’s I-Ternal Fire. Also on Thursday’s bill are Munga Honurable (Jamaica), Kulcha Knox (nee Knox Dixon, the son of a Jamaican radio broadcasting pioneer), and Romain Virgo (the youngest artist to win Digicel Rising Star — Jamaica’s answer to American Idol). The lineup for Friday’s Dancehall Party includes local experimental funk band Del Feo, Houston’s Plump, and a host of DJs (including Rhythm International, Dish One, Jomo, Rasta Rik, and Junior Vibes). Saturday’s headliners are a family affair: Former Black Uhuru frontman Junior Reid (who’s genre-spanning collaborations include the Soup Dragons, Alicia Keys, the Wu-Tang Clan, and Miguel Migs) shares the stage with his sons Andrew & Wada Blood — rising stars of the dancehall scene. Also performing Saturday are One Destiny, Rivercity All-Stars, Viet Ruse, Jai Roots Herb-n-Café Project, the Raspas, the Bad Chords, Johnny Love and the Dankadelics, Eleven Fingered Charlie, Josalyn and Candace, and In Paradime. If you’re still standing after this music marathon, roll on back for Sunday’s open-air market with free Caribbean food and more live music and DJs. Advance tickets (available at all Planet K Stores, Lil Jamaica, and the Reggae Bar): $20 per day, or $30 for a four-day pass; at the gate: $25 per day, or $35 for a four-day pass ($5 off with a canned food donation to the San Antonio Food Bank); 12pm-2am Thu-Sun (live music begins at 7pm Thu-Fri & 12pm Sat-Sun with kid-friendly activities), the Reggae Bar, 2016 Austin Highway, sanantonioreggae.com.