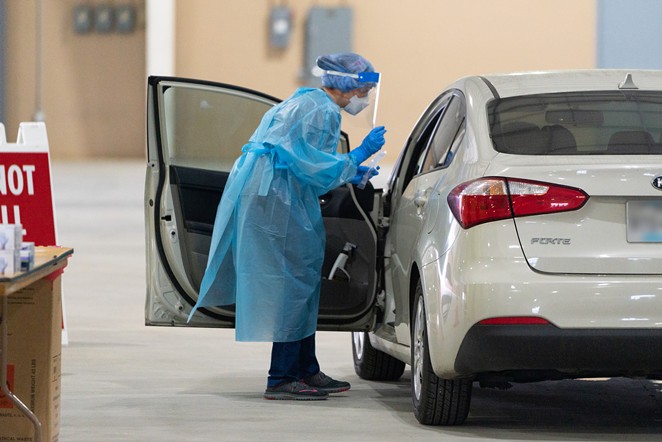 Despite a downward trend in COVID-19 diagnoses, local officials announced 469 new cases on Tuesday, roughly half due to a testing backlog that County Judge Nelson Wolff chalked up to a failure by the state's health system.

During an evening press briefing, Wolff expressed frustration that Texas' chronically underfunded health system was struggling to provide timely data during the pandemic.

Of the new cases San Antonio Metro Health reported Tuesday, 207 were from tests conducted between September 15 and 23 but only provided to local officials this week.

"They’ve neglected [the public health system] for years," Wolff said. "Even on the school data, they reported that wrong just last week. So, it’s frustrating, but we have to deal with it, and we have to make it work."

For more than a decade, Texas' public health funding has struggled to keep up with the population growth, leaving the state ill-equipped to handle the massive public health crisis, according to a recent investigation by the Texas Tribune.

Texas spent $17 per capita on public health in 2019, ranking it 40th among U.S. states, according to the State Health Access Data Assistance Center at the University of Minnesota. New York and California, in contrast, spent more than four times as much.