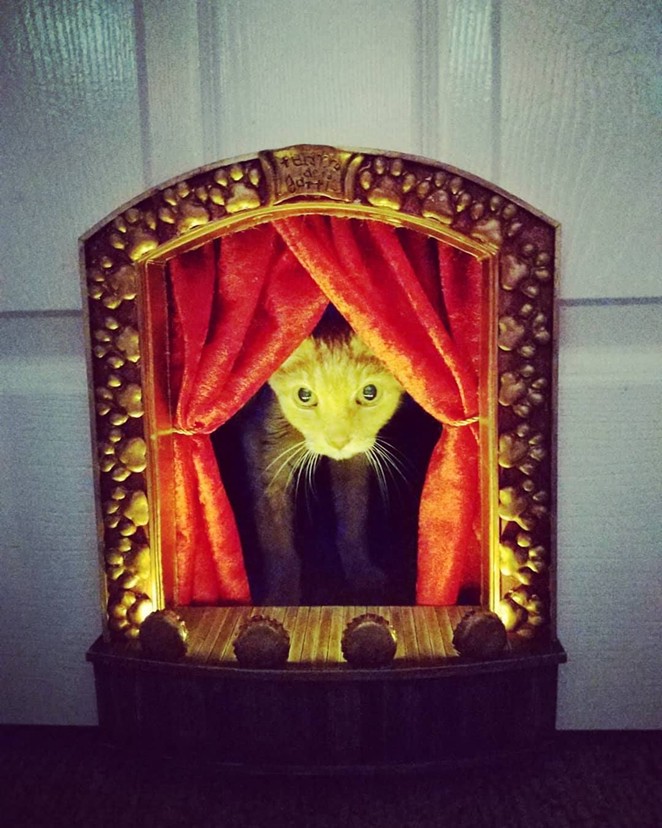 When San Antonio-based scenic designer Scott Neale decided to make an elaborate cat door in his kitchen, he wasn't necessarily expecting to grace the pages of the Gray Lady — but that's just what happened.

Neale is far from the only theater professional to get bored this year due to cancelled performances and pandemic lockdowns. On Wednesday, his quarantine project — a cat door in the style of a mini opera house — was featured alongside five other theater professionals' quarantine-inspired creative pursuits in a profile in the New York Times.

While biding his time at home earlier this year, Neale decided to take a needed home improvement project — building a cat door — to the next level. Enter Teatro dei Gatti, a cat-sized opera stage fit for his two feline companions Ted and Rufus, who are named after characters from Bill & Ted's Excellent Adventure.


The mini opera house features a proscenium decorated with paw-print filigree, a small stage lit by LEDs ensconced in bottlecap footlights, red faux-velvet curtains and a gilded cartouche sporting the name of the performing arts center. 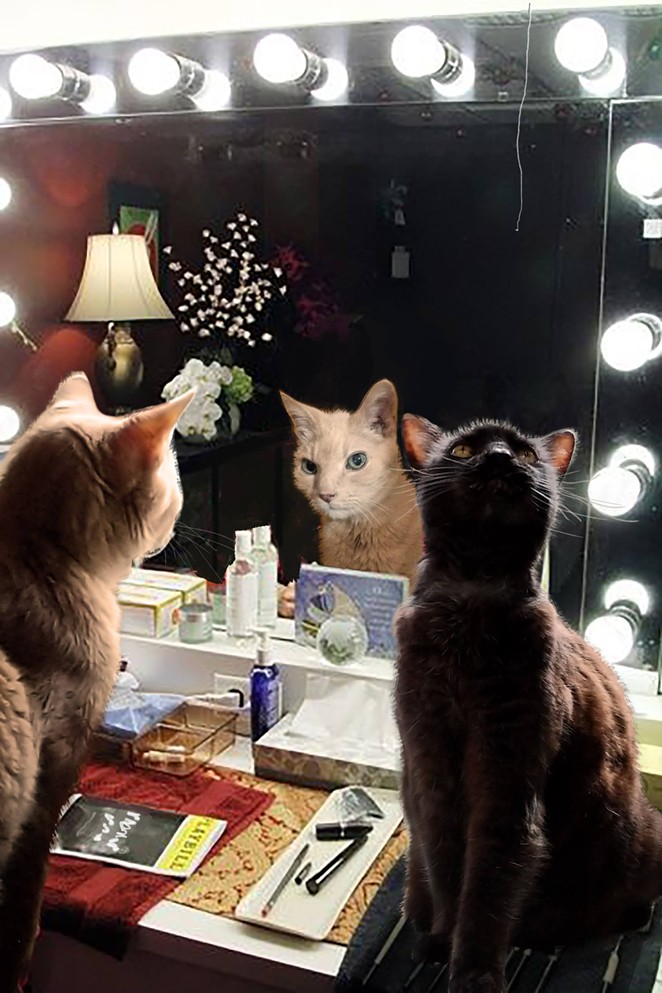 Neale told the Times that while orange tabby Ted was quick to take the limelight, black cat Rufus turns out to have a bit of stage fright.

While Neale, Ted and Rufus are currently mum on future performances, we anticipate a likely staging of Giaochino Rossini's Duetto buffo di due gatti.