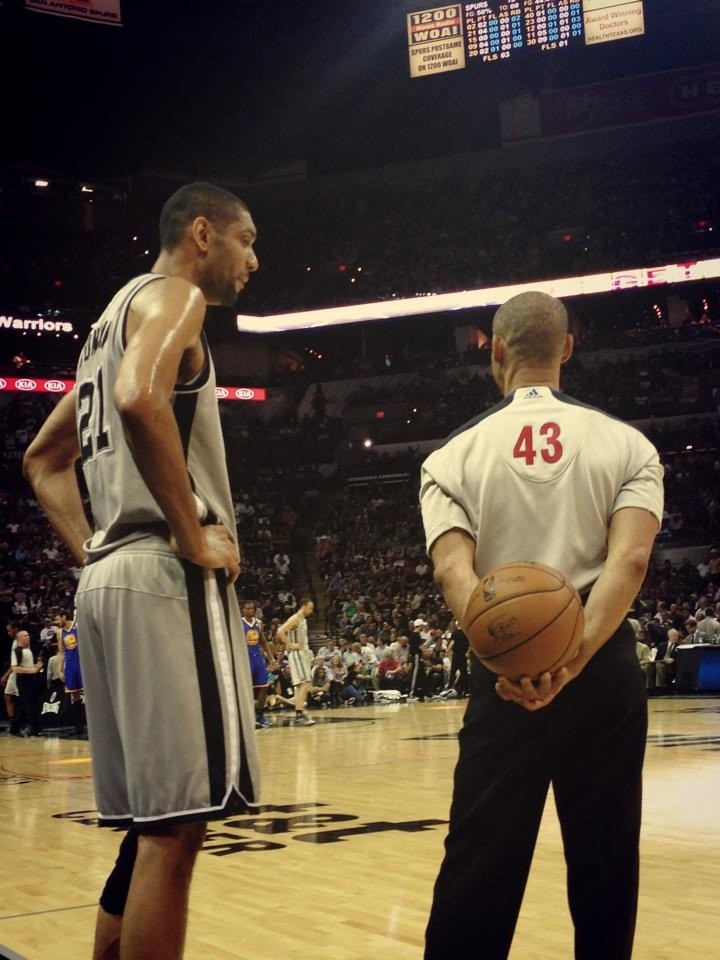 If you thought the NBA's youngest team might come out demoralized after blowing a 16-point lead with four minutes to go in Game 1, you wouldn't have been alone. But you'd have also been dead wrong, as the Golden State Warriors won in San Antonio (100-91) for the first time since 1997 to even their Western Conference semifinal series at a game apiece.

When Mark Jackson proclaimed during his team's first-round series against the Denver Nuggets that Steph Curry and Klay Thompson formed the best shooting backcourt in the history of the game, it seemed a hyperbolic statement, to say the least. But after Curry went for 44 points in Game 1 followed by Thompson's 34 in Game 2, maybe he wasn't kidding.

The Spurs turned in a maddeningly inept first half, and headed into the locker room down 19. Too often they collapsed on Warrior penetrators, leaving the red-hot Thompson--who had 29 points on seven threes at the break--wide open at the arc. But it was on offense where they were especially atrocious. A multitude of possessions consisted of Tony Parker trying to break his man down off the dribble from the top of the key, with little to no ball movement. Given that Tim Duncan had things rolling in the first quarter, this approach was especially indefensible. When you have a post player as accomplished and dexterous as Duncan, it's criminal not to run your half-court offense through him virtually every time down.

Conversely, the Memphis Grizzlies are devout about using Marc Gasol in a point center role when they're not in transition. And if you're a Spurs fan, you'd better be rooting--hard--for Oklahoma City to somehow win its semi against the Griz. The Thunder are an average defensive team at best without the injured Russell Westbrook, whereas Memphis is phenomenally stingy--and have the perfect mix of players to neutralize San Antonio's strengths.

If there's a silver lining to the Spurs' bed-shitting, it's that they're not the only ones dumping in their drawers. Every single semifinal is tied at a game apiece, which means every home team has slipped up. But what makes the Spurs' debacle slightly scarier is that, through the first two games, the Warriors simply look like the sprier team, and they're heading home to play in front of the most berserk crowd in the NBA.

The Spurs are known for their offensive precision, and the Warriors aren't exactly a defensive juggernaut. It's time that they rediscovered their offensive fundamentals--specifically, the Big Fundamental, who should get more touches in Game 3 than he's seen in the first two contests combined. When the ball's in Timmy's hands, good things happen--and the Spurs will need to be a lot better should they hope to advance.