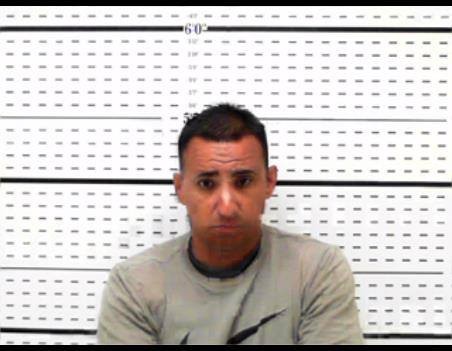 Daniel Marcus Valdez had driven from San Antonio to Alice, Texas on September 15 in hopes of meeting up with an underage girl he had been sending inappropriate Snapchat photos to and asking to have sex with. Instead, the San Antonio teacher found Jim Wells County deputies waiting to arrest him.

girl's parents had tipped off authorities, igniting the week-long investigation aided by the FBI and the Texas Ranger’s Division that led to his arrest, according to a Facebook post made by the sheriff’s office.


Valdez' arrest comes less than two years after he had his teaching license revoked for allegedly trying to have sex with a minor.

Valdez had been working for the IDEA Public Schools network in San Antonio as an educator at the IDEA South Flores Academy, according to the sheriff’s office. After the arrest, Vanessa Barry, a spokeswoman for IDEA Public Schools, told the San Antonio Express-News that his certification was still valid when he was hired in September 2015.

Valdez’s license was revoked around three months after he was hired, but he continued to teach until he was arrested last week. Valdez was subsequently fired after being arrested.

“Effective immediately, we are implementing an annual criminal background check and certification review to prevent situations such as this from happening again,” Barry told the San Antonio Express-News.

A quick name search in the Austin American Statesman’s database of “Texas teachers accused of impropriety with a student,” published in February 2017, shows that the Texas Education Agency had begun reviewing Daniel Marcus Valdez’s license on May 29, 2013, but his license was not revoked until 926 days later.

Authorities are still investigating whether there were other victims that have not yet been identified, according the sheriff’s Facebook post. Valdez was released the day after he was arrested after posting a $30,000 bond.