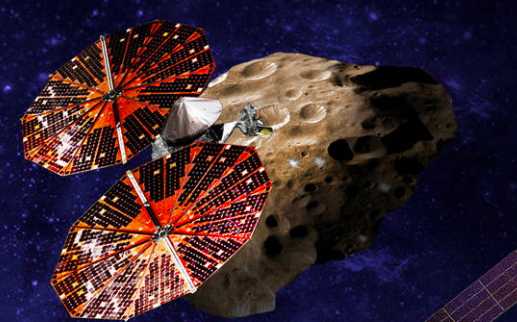 NASA has selected San Antonio's Southwest Research Institute to design, build, and lead a 2021 mission to explore the solar system's oldest asteroids, some 400 million miles from Earth. NASA scientists will ultimately use the collected data to better understand how the universe began.

While much of the planning and production of SwRI's proposed "Lucy" robotic spacecraft will take place at the institute's Boulder, Colorado station, the mission's technology will come straight from San Antonio. Local engineers will build the color camera and infrared technology needed to investigate six of Jupiter's ancient Trojan asteroids.

“This is a unique opportunity,” said Harold F. Levison, principal investigator of the Lucy mission, in a press release. “Because the Trojans are remnants of the primordial material that formed the outer planets, they hold vital clues to deciphering the history of the solar system. Lucy, like the human fossil for which it is named, will revolutionize the understanding of our origins.”