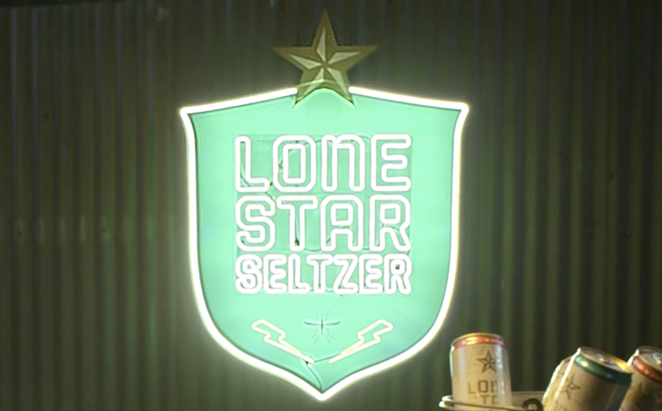 What's a product launch without a good gimmick?

To celebrate the recent-ish introduction of its Lone Star Agave Seltzers, San Antonio-tied Lone Star Beer and its ad agency of record, CALLEN, have debuted a four-foot-by-four-foot neon bar sign that doubles as a functioning mosquito zapper.

Yeah, we don't quite get it, either. So, we looked for an explanation from Daniel Crawford, senior brand manager for San Antonio-based Pabst Brewing Co.'s Lone Star brand.

In a release, Crawford explained that oppressive mosquitos, along with heat, were the bane of Lone Star State summers. “Nothing ruins good times outside on the patio or porch than a bite from this dreaded foe," he added. "When CALLEN brought us this idea, we knew it … would keep us on our patios at least 2-3 seltzers longer.”

So, now you know.

The sign plugs into a standard outlet, with a top layer of perforated acrylic to "allow mosquitoes in, but keep curious Texas fingers out," according to ad news site Muse by Clio.

The bug-blasting prop will tour outdoor eating and drinking establishments statewide this year as part of promotions surrounding the seltzers. The new beverage line launched back in April.