San Antonio TikTok users say they're worried that a federal ban on the app will upend their lives, both socially and economically.

Without TikTok, San Antonio resident Krystal Kay, aka @sweetsyn, is afraid she'll have to “go back to a normal, miserable job.” Kay, a former Cricket Wireless employee, joined the platform in late 2018 and has since amassed more than 171,000 followers. She uses TikTok to sell her art on Etsy.

“TikTok is the reason I was able to quit my awful retail job,” Kay said. “I am a full-time, self-employed artist. I did everything I could think of to promote my art and gain a following. TikTok helped me gain … thousands of sales on Etsy. [Banning TikTok] could cause my business to fail.”

The idea to ban TikTok has been floating for weeks inside the Trump administration, which is currently evaluating whether the app creates a national security risk for U.S. users.

Microsoft now says it's interested in purchasing the platform's U.S. operations, but it’s a move Trump hasn’t decided whether to support. According to the New York Times, he spoke with Microsoft chief executive Satya Nadella over the weekend.

“Well, I have that authority [to ban TikTok],” Trump said on Friday. “I can do it with an executive order or [the Emergency Economic Powers Act of 1977].”

San Antonio user Kay said she hopes Trump realizes he's making a mistake and that he'll find a compromise, especially since so many TikTok users are “anti-Trump” and will vote in November.

“He's so quick to try to ban things, instead of working to find something that suits both parties,” she said. “I can understand concerns with security, but if they move to the U.S., or prove they're not sharing information, I don't see an issue.”

MacArthur High School graduate Mikayla Pevey Burnett, aka @venxm.exe, joined TikTok in July 2019 at the behest of her friends, who said it would help her promote the other platforms she creates content for like YouTube and Twitch. It turns out they were right. Burnett currently has over 222,000 followers. As a full-time content creator, Burnett, who makes cosplay and gaming videos on TikTok, supplements her income when followers send her money through CashApp and Venmo.

“If TikTok is banned, I would have a hard time promoting my other accounts,” Burnett said. “TikTok is a great platform, and the traffic to my channels would drop. TikTok has helped me grow my audience and be able to connect with more of them.” 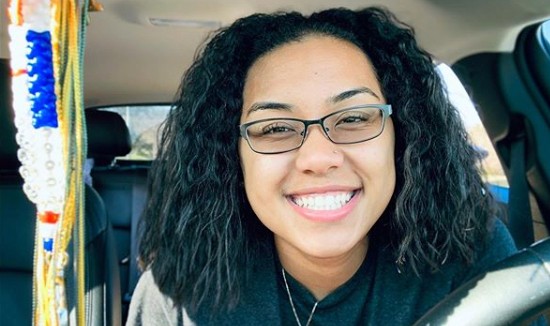 UTSA student Jasmine Fleming, aka @itsjazziejas, has been posting to her TikTok account since March 2019. Her videos, which include a mix of her dancing, lip syncing and speaking straight to her fellow San Antonians about everything she thinks makes the city great, have garnered nearly 35,000 followers. She doesn’t make money for her efforts, but if TikTok is ultimately banned, she said she would be “a little devastated” since the platform is how she keeps in contact with her “SA peeps.”

Fleming has already made a goodbye video in event the ban happens. She also has a message for Trump.

“Look, man, leave the social medias alone and focus on your job,” she said. “Focus on the pandemic and making the world come to peace. You got much bigger problems than an app.”