San Antonio Water System lifts its boil-water notice for some areas. This map shows where. 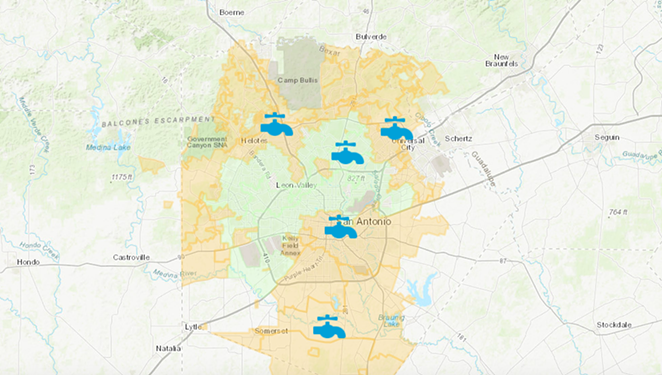 San Antonio Water System has lifted its recommendation for some customers that they boil water before drinking or cooking with it.

The city-owned utility posted an interactive map on its website showing which neighborhoods no longer need to follow the notice. Most are inside Loop 410 or in the northern suburbs.

SAWS issued the recommendation Wednesday after power outages from last week's winter storm reduced pumping pressure across much of the Alamo City.

Those in areas where the notice has been lifted should still run taps to flush their pipes before drinking or cooking with the water, according to recommendations on the utility's website.

The map also shows where SAWS is operating bulk distributions of bottled water for those still under the order.