San Antonio Woman Arrested After She Choked, Tried to Stab Boyfriend for Sneezing On Her 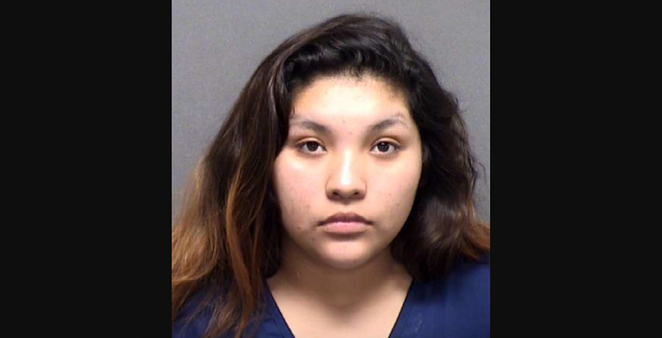 A San Antonio woman is facing charges after she reportedly attacked her boyfriend — for sneezing on her.

The Sunday assault came after the suspect Rosalinda Liliana Castaneda grew irate over the victim's apparent lack of sneezing etiquette.

According to an arrest affidavit obtained by the Express-News, Castaneda, 20, was sitting inside a vehicle on the city's Northeast Side when her boyfriend let fly with the sneeze. She reportedly grabbed a knife and told him not to annoy her, while also throwing around a few expletives.

The man told deputies that he backed away in fear from Castaneda, who also tried to slash the tires on a van belonging to his father.

The boyfriend tried to stop Castaneda, who then allegedly grabbed him by the neck and began choking him with her left hand. Castaneda tried to stab the victim with the knife in her right, according to the arrest affidavit.

Castaneda reportedly choked the victim long enough for him to lose consciousness. The victim said his face was numb, bloodied and in pain, and she was on top of him when he came to.

When the boyfriend asked Castaneda what happened, she reportedly laughed and said, "You passed out."

The victim then called 911. However, Castaneda fled the scene before authorities arrived, according to reports.

Castaneda has since been charged with aggravated assault with a deadly weapon and assault of family by choking or strangulation. Her bail has been set at $115,000.