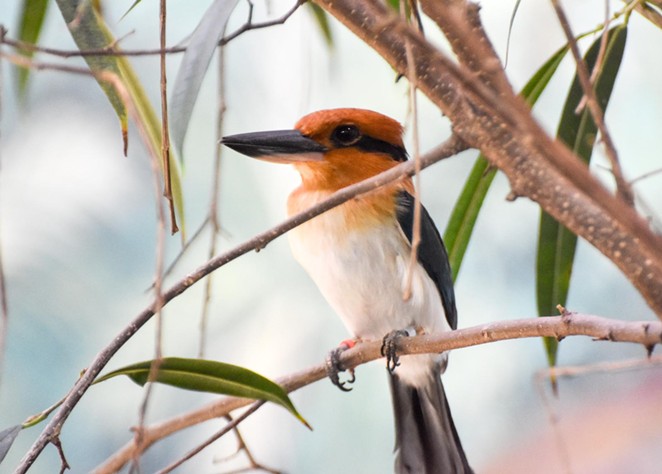 Move over bald eagles. The San Antonio Zoo celebrated the Fourth of July with a different rare bird this year.

On the patriotic holiday, the zoo's Aviculture Department successfully hatched a Micronesian kingfisher chick for the first time in five years. Only 140 of the birds live under human care, and the species is completely extinct in the wild.

“I am so very proud of our Animal Care Specialists for all their hard work, dedication, and passion they bring to zoo daily,” Zoo President and CEO Tim Morrow said in a statement. “This significant hatching is a result of the excellent care the animals receive and are key to continuing our mission of securing a future for wildlife.” 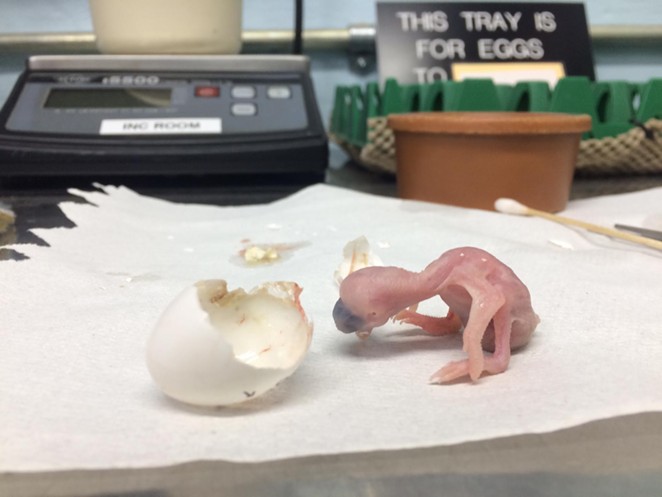 The Micronesian kingfisher has a long history of struggling for survival. After World War II, at leasts one fighter plane making a pit-stop in Guam on the way back to the U.S. left behind a stowaway — a literal snake on a plane.

The Brown tree snake immediately got comfortable and reproduced, leading to an infestation of hundreds of bird-eating snakes on the island. At one point, Guam was known to have the highest amount of snakes anywhere in the world.

Luckily, in 1980 scientists were able to save 30 Micronesian Kingfishers and began coordinating breeding programs to revive the species. The San Antonio Zoo has taken part in those efforts.

Visitors can see the zoo's Micronesian Kingfisher couple in the Hixon Bird House.