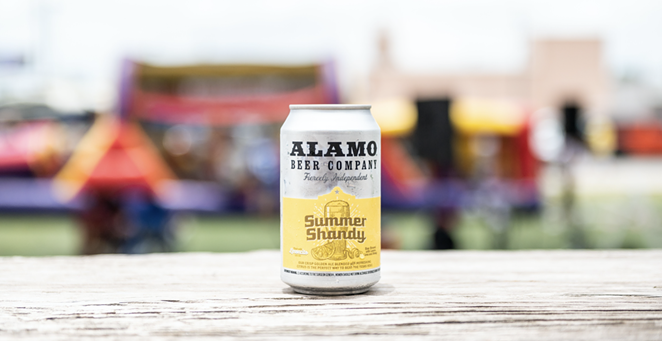 The new brew is crafted with lemon, lime, honey and Limoncito from Alamo City-based Southside Craft Soda. The handcrafted soda is based on a lemon agua fresca and features notes of honey and pure cane sugar.

Alamo’s new Shandy is a lighter than many of its other offerings, only weighing in at 4.8% ABV. It joins Hayz St IPA and Doppelbock in Alamo’s current lineup of seasonal brews.

Summer Shandy is a limited release that will only be marketed through August.  Six-packs of cans are available at groceries across San Antonio, and the beer is also offered on draft at bars and restaurants, including Alamo Beer’s Co. downtown-area beer hall.