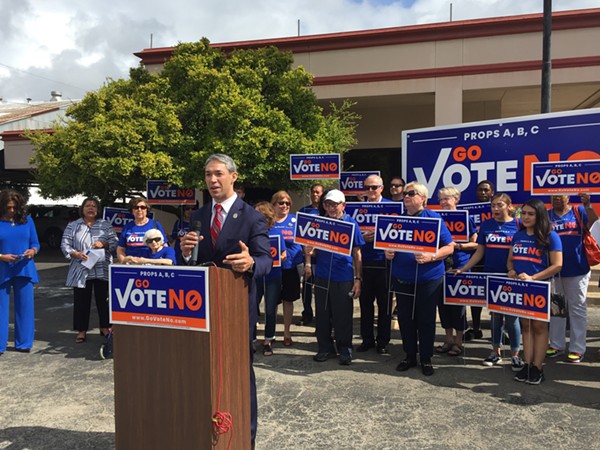 Next Wednesday, the Go Vote No campaign will host a -town hall to try to knock down support for the fire union's proposed city charter amendments.

Residents can participate via teleconferencing or live stream at govoteno.com or Mayor Ron Nirenberg's Facebook. To get a call shortly before the event's 7 p.m. starts – it's scheduled to run through 8 p.m. – text ABC to 828282.

The three charter amendments are on the November 6 ballot. The changes would: force contract disputes with the San Antonio Professional Firefighters Association into arbitration; cap any future city manager's salary and tenure; and make it easier to challenge ordinances, including spending decisions, by public referendum.

The Go Vote No campaign will begin airing a television ad featuring Nirenberg this Saturday to gin up interest in the -town hall.