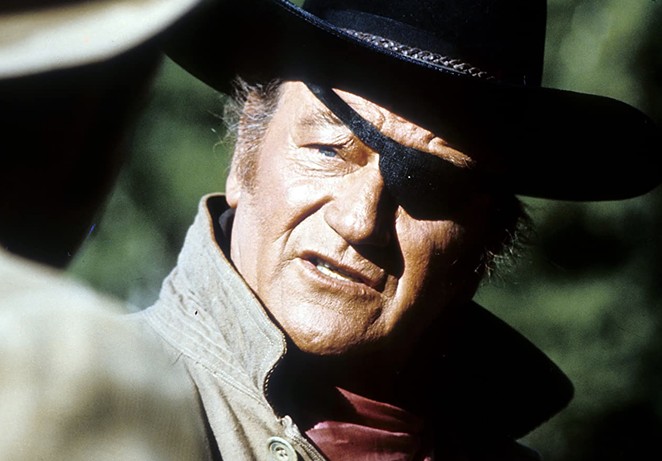 Wayne starred as Reuben J. “Rooster” Cogburn, an aging U.S. Marshal who is hired by a young girl to track the man who killed her father and bring him to justice.

The film is adapted from Charles Portis’ 1968 novel of the same name.

Along with Wayne’s acting Oscar, the film was nominated for Best Original Song for “True Grit,” sung by Glen Campbell, who also played Texas Ranger La Boeuf in the film. Elvis Presley was the original choice to play the character, but apparently wanted top billing.

Director Henry Hathaway would later admit he was unhappy with Campbell’s performance and said he only hired the musician so that he could sing the title song. Campbell agreed saying, “I’d never acted in a movie before, and every time I see True Grit, I think my record’s still clean!”

The film was remade in 2010 by Ethan and Joel Coen and starred Jeff Bridges and Matt Damon as Rooster and La Boeuf.