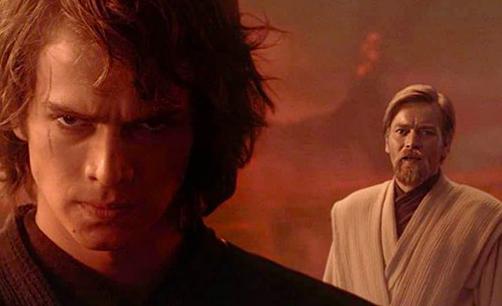 One day before the event was set to commence, San Antonio's Celebrity Fan Fest has been canceled.

After celebrity headliners Hayden Christensen, Ewan McGregor and Owen Wilson pulled out of the convention, organizer PMX Events yanked the plug on the entire event.

"Last night at approximately 7:30 p.m. CST, we were formally notified by the talent representatives of Ewan McGregor and Hayden Christensen, that both celebrities were cancelling their appearance at Celebrity Fan Fest due to the 'recent spike of COVID cases and the aggressive nature of the Delta variant…' – Owen Wilson also cancelled his appearance due to unclear reasons," PMX Events president Bob Willis said in an emailed statement on Thursday.

In his statement, Willis thanks staff and volunteers for their contributions and extended sympathy toward performers, vendors and artists who will be affected by the event's cancellation.

"For many of them, it’s their livelihood and it’s unfortunate that these circumstances have led to this last-minute disappointment," he added. "It’s too bad that certain people don’t consider the consequences of their actions and how it negatively affects so many people. May the force be with them!"

PMX Events will refund all Celebrity Fan Fest tickets and passes, autographs, and photo op purchases within 30 days, according to the email.

Additionally, Six Flags Fiesta Texas will extend free admission to the park for all CFF ticketholders from July 30-August 8. To redeem the free admission, attendees must visit the CFF table inside the park's security gate and show the CFF ticket confirmation email.