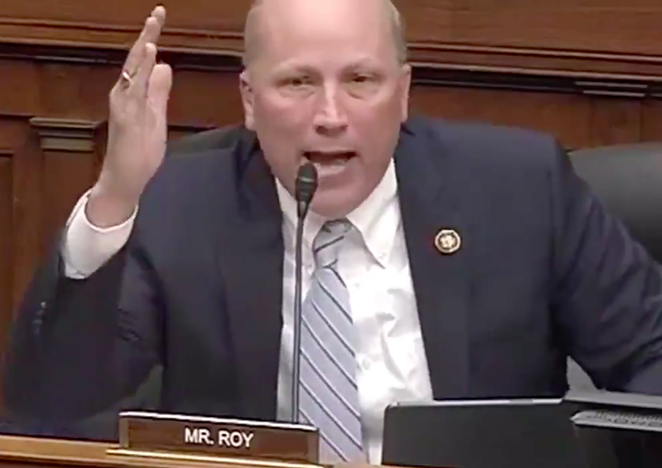 A month after singlehandedly delaying a $19 million disaster-aid package to make a point about border security, U.S. Rep. Chip Roy is at it again.

Although the House resumed normal business after two unsuccessful votes, the maneuver added almost an hour's delay to an already long legislative day, expected to stretch until 11 p.m., the publication pointed out.


Of course, maybe we should have expected the move given the head of steam Roy seemed to be working up over the weekend. On Saturday, he took to Twitter to skewer fellow lawmakers for “hand-wringing” instead solving the “border crisis.”

“Democrats (and too many GOP) do not care,” he tweeted. “They view it as political theater and deny reality ... and as a result little girls get raped, migrants get held hostage, cartels get empowered, gangs grow, & American communities are made less safe.”

The fact is this: Democrats (and too many GOP) do not care. They view it as political theater and deny reality... and as a result little girls get raped, migrants get held hostage, cartels get empowered, gangs grow, & American communities are made less safe. (4/x)


Meanwhile, political watchers are speculating that former state senator Wendy Davis — you may remember her abortion-bill filibuster — is gearing up to run for Congress, potentially against Roy. It remains to be seen whether voters in Roy's District 21 view his recent headline-grabbing antics as shrewd political moves or look-at-me obstructionism.