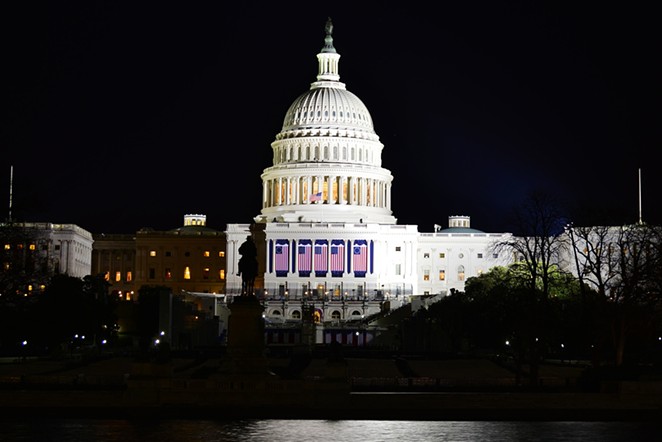 For the sixth time in its history, San Antonio-based Dixie Flag and Banner Co. will fabricate the five massive flags that will serve as the backdrop for the next presidential inauguration.

“Over the years, we've done all sorts of custom projects, but this is certainly one of the more special ones,” Dixie Flags President Vanessa Van de Putte told the Current. “The U.S. flag symbolizes unity, and after the year we’ve had, to be able to have our flags as a centerpiece for this fresh start is really amazing."

Van de Putte is the third generation of the family to run Dixie. Her mother, Leticia Van de Putte, also served in the Texas House then the Texas Senate during a political career that spanned 1991 to 2015.

The family-owned business has created custom banners for local groups including the San Antonio Fiesta Commission, the Texas Folklife Festival and the San Antonio Spurs.

Dixie also once made national news by creating the world's largest free-flying U.S. flag. That 60-foot-by-90-foot rendition of Old Glory flies on the George Washington Bridge between New York and New Jersey.

While custom and oversized creations keep the Dixie team busy, the family also operates a retail shop at 1930 Interstate 35 North plus an online shop selling national, state and historic flags as well as face masks.

“[This year] has been so challenging for everyone ... and we all need a silver lining,” Van de Putte said. “With this inauguration and a [COVID-19] vaccine on the way, I think we can finally look to the future and say some sense of normalcy is on its way."