And so begins the Battle of the Bettys.

San Antonio-based Dorćol Distilling and Brewing sued St. Elmo Brewing in federal court this week, alleging the Austin company infringed on its trademark by using a name and text-based imagery that could be confused with HighWheel Betty Kölsch, a beer Dorćol launched in 2016.

Dorćol's owners tried to resolve the issue the following month by contacting St. Elmo owner Bryan Winslow but had no success, according to the filing.

The suit argues that the stylized script St. Elmo's uses to spell out Betty on its cans creates confusion with Dorćol’s Betty, which uses similar script. The filing also cites instances in which purchasers contacted Dorćol thinking they were reaching out to St. Elmo.

What’s more, the suit argues that St. Elmo has shown a pattern of using other organizations' logos without permission, citing its use of the likeness and references to entertainer Dolly Parton and the main characters of the Teenage Mutant Ninja Turtles franchise to market other beers. 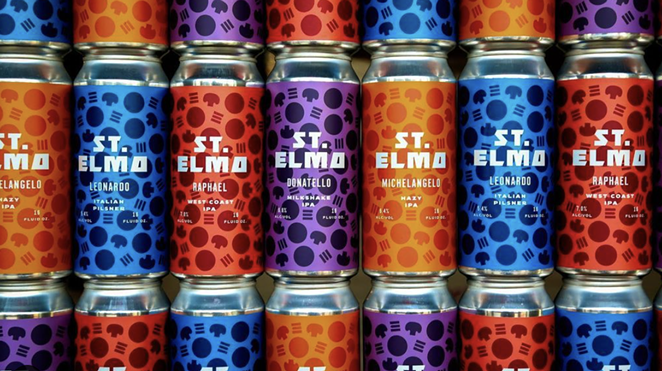 In its petition, Dorćol alleges that the Austin brewery committed trademark infringement and also engaged in unfair competition and unjust enrichment.

Dorćol is seeking damages and attorneys fees as well as asking the court to halt St. Elmo’s from continuing to use the Betty word mark on its beers.