San Antonio's Made Strides in Bike Infrastructure, but It Needs Leaps 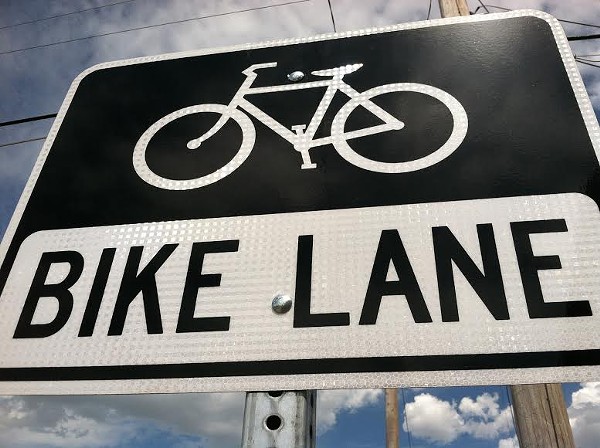 Antonio Petrov is one of those brave souls willing to bicycle on Broadway, a major corridor connecting downtown to the Loop 410, where a spattering of bike lanes dot a road with growing congestion.

"We've been perceived as the enemy ... motorists try to 'educate' you by really coming close to you and pushing you off the road, but there's also a demographic and they honk in a happy way," Petrov says. "You know, there's always a few that kind of step out in a negative way, but mainly, people are kind of friendly."

However, when riding down Broadway, Petrov also looks at the stretch of road through the eyes of an architect. He's an assistant professor of architecture at the University of Texas at San Antonio, and he's working closely with Alamo Heights' City Council by sharing information about his research, which focuses on the Broadway corridor.

"I don't want to call it a think thank. I would refer to my work as a do tank," Petrov says. "We have done tremendous research on basically everything, we even counted all the trees on Broadway [507]."

Alamo Heights has been revamping its building code, and it could catalyze the city into a more walkable and bike-able environment. And bike lanes are part of that equation.

"There isn't even a continuous sidewalk along Broadway," Petrov says. "There's poles in the way or it just stops." He says the goal should be for Broadway to be a continuous walking experience.

Instead, Alamo Heights is disconnected from the historic road. "On December 9 we're going to present a proposal where we see a walking/cycling path meandering through Alamo Heights along Broadway from Basse to Hildebrand," he says.Leaving Alamo Heights toward Downtown, bike lanes do pop up, though buses often stop in them and some motorists don't seem to distinguish their existence from the road.

However, Broadway is just one of many important streets that lead in and out of Downtown, connecting an array of diverse neighborhoods to the center city.

Trish Wallace, transportation planning manager for the city's Transportation and Capital Improvements Department, says during the next couple months an engineering team will be looking at 12 San Antonio corridors while exploring what multimodal streets look like, how they function and what safety features are needed. 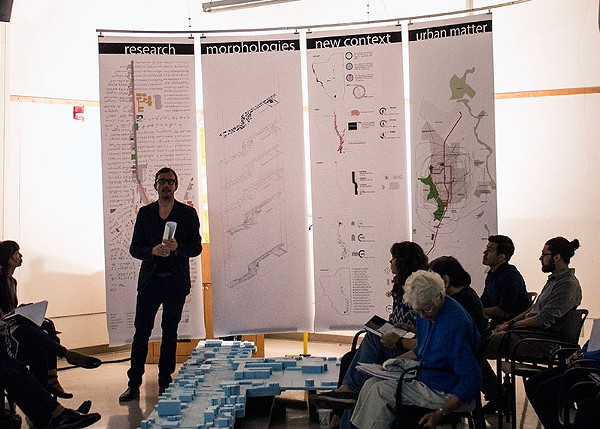 "We have 22 bike shops that have big paper maps asking people to mark in where they ride," Wallace said, adding that the city is trying to figure out the next wave of key connections it needs to work on.

As far as the Broadway corridor goes, San Antonio has agreed to take back the Texas Department of Transportation portion, which is north of Hildebrand to Downtown.

"As part of that agreement to take back, TxDOT will do a study to evaluate what is there ... all mode bike infrastructure and making recommendations and hope to have an upcoming bond in 2017," Wallace said.

And there's no doubt that San Antonio, which has taken on more and more healthy living campaigns, is building more bike infrastructure.

At the turn of the century, there were just 34 miles of bicycle facilities in San Antonio, which includes bike lanes, paths, shoulders and other related infrastructure.

However, as the 2014 Bicycling and Walking in the United States Benchmark Report, San Antonio now has 356 miles of on-street bike lanes, 100 miles of multi-use paths, 56 miles of signed routs and 1.1 total miles of bicycle facilities per square mile.

However, its goals for the next 25 years — over which the Alamo City is estimated to receive more than 1 million new residents — far outshine what its done in the last 15 years.

The goal is to add 1,741 planned miles for bicycles.

Last year, San Antonio received a bronze score from Bicycle Friendly Community program, which is administered by The League of American Bicyclists, an advocacy organization.

The city's Sustainable Transportation Manager, Timothy P. Mulry, says the goal is to receive a silver score by 2018.

To do that, San Antonio needs to a number of things, according to The League, including increasing safety for road users — a concern of anyone who rides a bicycle in Bexar County.

"We print regional bike maps for cyclists so they can be safer and we distribute these to all libraries and police substations," Mulry said.

There's also the city's My3Feet social media campaign, which is meant to educate motorists about the city's Safe Passage Ordinance that requires a passing distance of three feet for cars and 6 feet for commercial or large trucks that share the road with bicyclists. Violating it could result in a $200 fine.

That message also fits into the city's Vision Zero Initiative, which seeks to prevent all fatalities on San Antonio roadways. The Alamo City currently ranked 27 out of the country's 50 largest metropolitan cities when it comes to bicycle fatalities with 5.4 out of every 10,000 bicyclists dying from a collision.

However, while the city is making strides, there's no doubt it still has plenty of obstacles to face, from reducing fatalities to increasing the amount of bike lanes while making them safer.

"You know, as a cyclist, but also as an urbanist, I'm always a critical observer, and in this case, I'm an active participant," UTSA's Petrov says. "I think we have a ways to go, but I also think that we have to commend the people in charge."