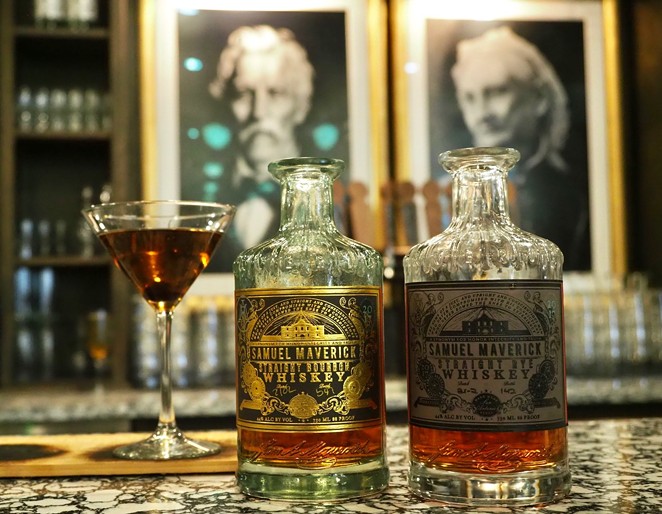 Just in time for the spooky season, downtown San Antonio’s Maverick Whiskey has launched Spirits With Spirits ghost tours pairing drinks and spooktacular tall tales, thanks to its history-rich home.

The distillery is now offering on-site tours which include stories of the spirits who haunt Maverick Whiskey — alongside sips of spirits of the boozy persuasion produced at the distillery.

The multi-use facility — which houses Maverick’s bar, restaurant and distillery — sits on what was originally former San Antonio mayor Samuel Maverick’s homestead, just steps away from the Alamo.

The building was also once a firehouse that, ironically, caught fire twice, and it housed the historic Lockwood National Bank building from 1865 to 1907. The bank, the San Antonio Express-News reports, was once advertised to be burglar-proof as there was “a six-shooter in every teller’s drawer and a double-barreled shotgun behind the railing as protection against holdups.”

Sounds like the makings of some hair-raising tales to us.

Folks interested in booking a spooky reservation-only tour can do so by calling the distillery. Private VIP ghost tours for groups of six ghouls or less can be booked online.