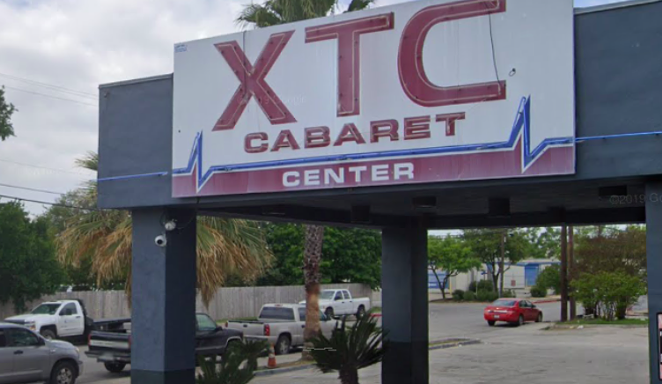 The write-ups are the latest rounds in an ongoing fight between the city and the Northside strip bar, which have been locked in a months-long legal dispute over its continued operation.

On Monday, March 1, city officials cited XTC after an inspector found it was open without a valid certificate of occupancy, according to KSAT

The inspector noted that despite its lack of a certificate of occupancy, power was connected to the club, located at 2023 Sable Lane, and vehicles were in its parking lot, the station reports. According to city documents, the inspector also reached out to SAPD's vice department.

Despite the power being cut off on March 2, XTC received another citation on Friday, March 5 — again for operating without a certificate of occupancy, the station reports.

Then, on March 6, the city slapped XTC with two citations for operating without permits, according to KSAT. By that point, SAWS had cut off the establishment’s water and CPS Energy had disconnected its electricity.

Last month, inspectors cited the club after they found a bartender not wearing a mask where required, records also show. According to the city filing, the location was also without a certificate of occupancy at that time.

In December, XTC and the city sued each other in state District Court. The club asked the court to restore its certificate of occupancy, which the city rescinded after it citing the business for COVID-19 protocol violations. Those violations included a lack of face masks and failure to observe social distancing rules.

The city wants to close the club and board up the building for a year, according to its legal filing. Rather than focus on pandemic code violations its suit, the city alleges the club has been a hive of criminal activity.

In a statement supplied the Current in December, city spokeswoman Laura Mayes said police have received more than 300 service calls to the club over the past two years.