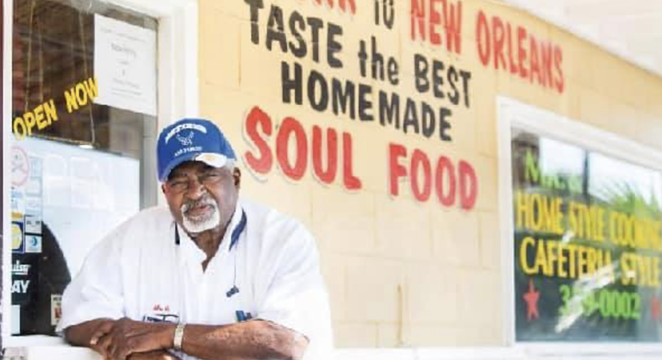 Since its 1990 opening, folks have flocked to Mr. & Mrs. G’s on San Antonio’s East Side to snag lovingly prepared soul food and kind words from proprietors Addie and William Garner Sr.

On Thursday, the restaurant informed Facebook followers that William Garner Sr. died peacefully at home, the culmination of a lengthy battle with an illness. Comments on the post exploded, chronicling 31 years of the business owner feeding and welcoming the San Antonio community.

Garner was an Alabama native and 20-year Air Force veteran. He and Addie Garner opened the eatery using family recipes and good, old-fashioned hospitality, and he kept the business running after his wife died in 2017.

Mr. and Mrs. G's asked that donations be made to Disabled American Veterans in honor of Garner in lieu of flowers and gifts. According to the announcement, the restaurant will share details of the funeral arrangements on its Facebook page once they're confirmed.

It’s with great sadness that I announce the death of my father, Mr. William Garner Sr. (Aka Mr. G of Mr. & Mrs. Gs...