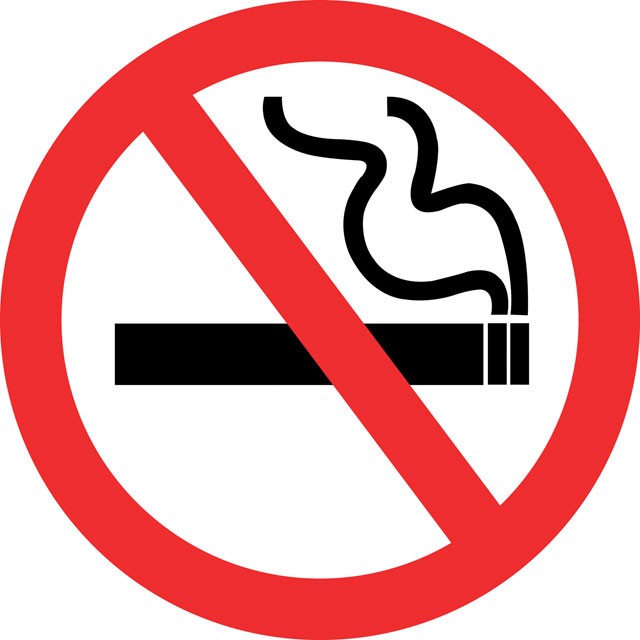 Smoking, according to City Code, is “inhaling, exhaling, burning, or carrying any lighted cigar, cigarette, pipe, weed, plant, or other combustible substance in any manner or in any form.” Electronic cigarettes and the state of being so ethereally sensual that you exude smoke are exempt.

While nearly all indoor restaurants and bar spaces will be smoke-free starting Friday, the Shrine of Texas Liberty is still standing up for individual freedoms — and commerce. Yep. Health-defying tourists will still be able to enjoy their stogies at Alamo Plaza and all along the River Walk. Despite the concession to tourism, SA’s Metro Health tobacco prevention manager Kori Eberle told the Current her department “won the battle they could at the time.”

They’ve put their life on the line for liberty ... so they should be able to retain their own, if not yours. Plus: Some of the older vets were hooked on smokes by a deceitful industry back when smokes were a dime a pack and had cool names like Barking Dog, Kentucky Winner, and Tally-Ho. But expect a return to VFW halls for future “refinements” of the ordinance.

Yes. There are teeth. First strike for individuals or businesses: $200; second strike: $500; third strike: $2,000. Tickets may be issued by a range of city employees, including SA Fire Department, VIA, SAPD, Metro Health, or Code Enforcement, Eberle said.

Did former SA Councilman (and smoking ordinance author) Justin Rodriguez time the announcement that he’s seeking Joaquin Castro’s statehouse seat to coincide with the rollout of the ordinance? Some things just happen.

Despite their pungent emissions, addicts of liquid birth control like AXE body spray and Mariah Carey’s perfume line have not (yet) been targeted.

According to Metro Health, you are still allowed to smoke in designated restaurant and bar patio areas, hotel smoking rooms, tobacco stores and manufacturing facilities, and in your own home. For now.