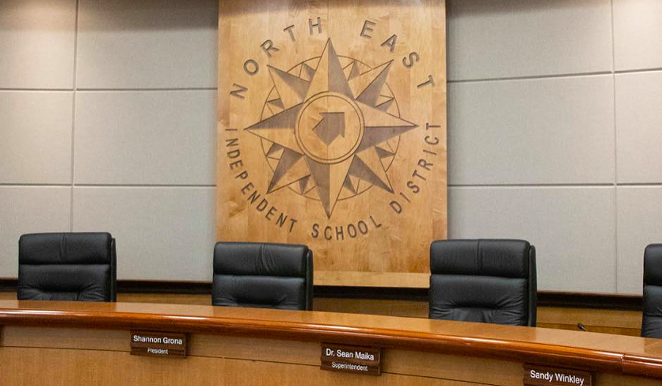 North East Independent School District's board voted Thursday to make masks mandatory on its campuses for up to six weeks and allowed the possibility of keeping the rule in place longer.

The move makes NEISD the latest San Antonio school district to require students and staff to wear masks to curb the spread of the highly contagious delta variant of COVID-19. Its new rule goes into effect Monday.

The vote took place at an emergency meeting and followed input from roughly 100 speakers, according to the Express-News.

Gov. Greg Abbott last month issued an order barring local entities such as school boards from issuing mask mandates. However, districts and municipalities across the state have challenged that order.

On Monday, San Antonio won a temporary injunction from a Bexar County district judge that allows its health officials to continue mask requirements in schools and municipal buildings.