San Antonio electronic outfit Panic Division not only charted with its latest album, it beat out some major industry names in the process.

Passing up legendary producer Moby, heavyweight DJ Marshmello and electronic duo Odesza, Panic Division's Touch last month soared to the highest position on the genre's charts on iTunes and remained there for two days. The album also peaked at an impressive No. 13 on Billboard's electronic charts.

"I'm really, really fucking proud of Touch," Panic Division frontman and producer Colton Holliday said. "There's nothing on the album that I'm embarrassed of, whereas in the past I was just keeping the same [aesthetic] because that's what I thought what the fans wanted."

To point, Holliday's band hasn't always been known for its synth-forward pop vibes. On past releases, it felt more like the Panic Division was merely dipping its toe into the cool waters of synth melodies. This time, however, Holliday dove headfirst into colossal waves of juicy keyboard-produced sounds.

Panic Division formed in the early 2000s, originally as a post-hardcore band mixing metalcore and indie rock. After signing with indie label the Militia Group — home to heavy-hitting indie artists like Copeland, the Appleseed Cast and the Rocket Summer — the band eventually broke up. With Holliday already writing the majority of the music, he assumed total control of the project and kept releasing albums as a solo artist while still using the Panic Division moniker.

On June 14, Holliday released Touch, which can be summed up in two words: '80s realness. The album is reminiscent of the era when malls were social epicenters, keytars were as commonplace as fingerless leather gloves and the height of one's hair was determined by how close one was to God.

“I wanted to write an album of music that I wanted to listen to,” Holliday explained.

Holliday said he appreciates fans' support of his previous work. However, he's enjoyed the artistic freedom of being able to write a pop record without having to balance it out with the heavier post-hardcore sounds many listeners expect of him.

“It was risky, and I’m sure I did lose some fans," said Holliday. “[But] I wanted to make an album where you almost take an old school Madonna song or a Janet Jackson song and just beef the fuck out of it with modern production and fatter bass.” 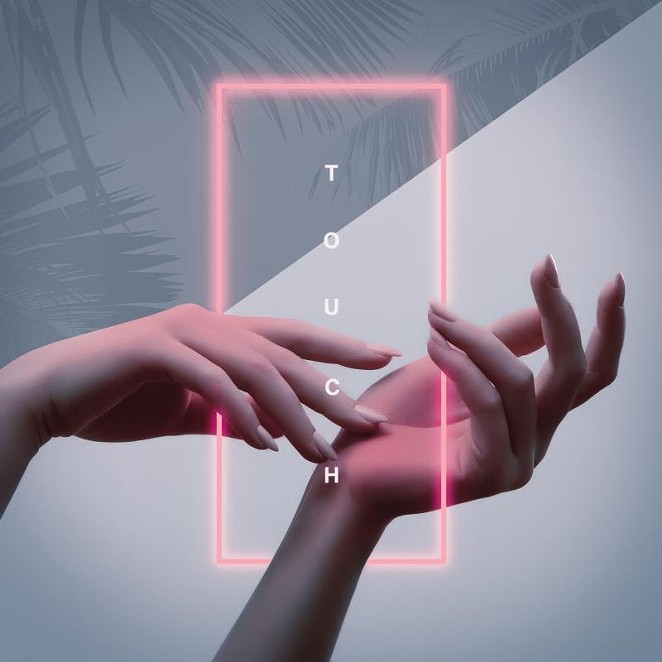 From the vintage electronic drum sounds and moving bass lines to the catchy vocal melodies and shimmery synth, Touch weaves in everything amazing about '80s pop but delivers it with a modern thickness and clarity. With audiences craving things nineteen-eighty-something — Netflix's Stranger Things and FX's Pose, for example — the record's 11 songs seem perfectly tailored for the zeitgeist.

"This is the first time that I was like, 'You know what? I'm changing everything I’m going full on pop," said Holliday, who said he isn't going to tour or even holding an album release show to promote the record. Instead, he hopes to get the music licensed for commercials, TV shows and films.

Touch is available most streaming platforms and available for download at panicdivision.bandcamp.com.