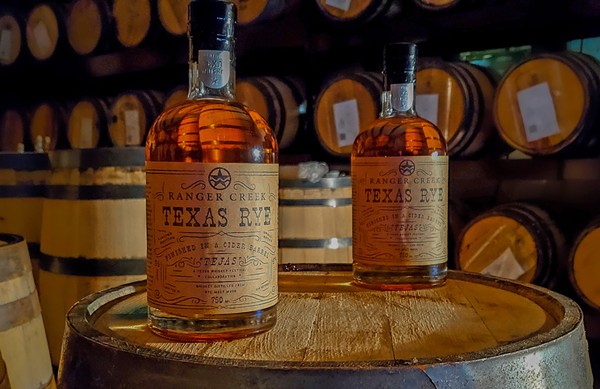 SA's Ranger Creek Distillery and the Texas Whiskey Festival have released a specialty barrel-aged rye, the first in a series of collaborations the festival is undertaking with Lone Star State distillers.

The Texas Whiskey Festival's Tejas series will allow it to collaborate with distillers around the state to create unique offerings that showcase their individual methods and character. Each bottling will be a limited release available only through the respective distiller.

Ranger Creek's new rye whiskey spent two and a half years in bourbon barrels before being finished in a barrel provided by Austin Eastciders. Aging and finishing process produced a spirit rich with floral, baked apple and cinnamon aromas and touches of honey, according to Ranger Creek.

“This is a truly unique release that I hope people enjoy tasting as much as we did making it,” Head Distiller Josh Gardner said in written statement.

Ranger Creek Distillery produced just 258 bottles of its special rye, and each bottle retails for $70. Texas Rye will be available on July 20 exclusively through Ranger Creek’s tasting room.