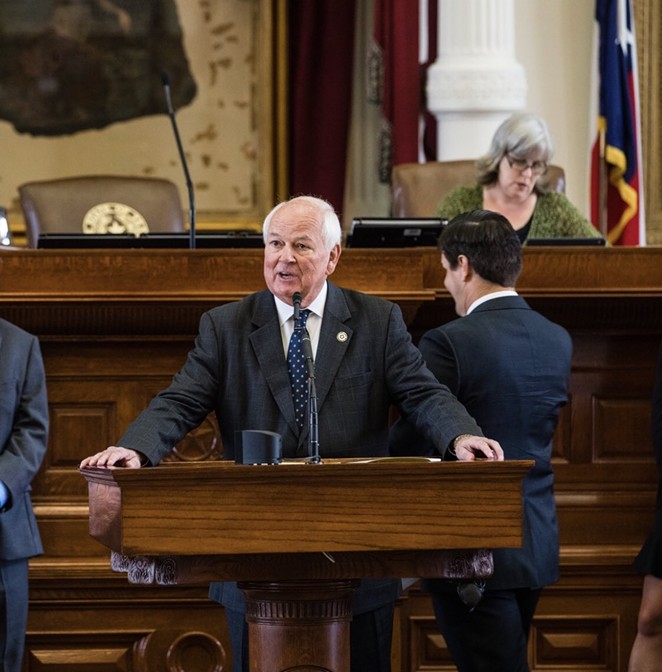 The Texas Democratic Party and Texas House Democratic Campaign Committee on Monday released a fundraising memo revealing the 22 Texas House seats they've made a priority of flipping in November.

The one held by Rep. Steve Allison, who represents a large swath of Northeast San Antonio, is among them.

Allison, an attorney, is the only Alamo City Republican on the list, which primarily focuses on districts where demographic changes are likely to work in Democrats favor.

Buoyed by 2018 victories, including 12 new seats in the Texas House, Dems earlier this month unveiled what they're billing as the largest voter registration program in state history. The party plans to mobilize 1,000 field organizers and canvassers to grab the nine additional seats needed to control the House and thereby the redistricting process.